Home blog > The Swell Is On

We might have to stop running these surf blogs, since it seems that good surfing waves are the new normal in Sayulita, and we can’t keep saying the same stuff over and over. But it is a big part of life here, and so we do feel compelled to report on what’s up out there in the ocean. 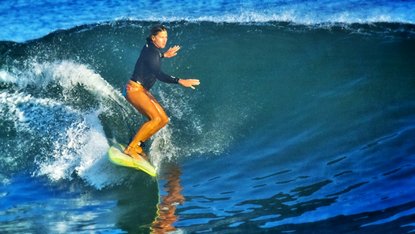 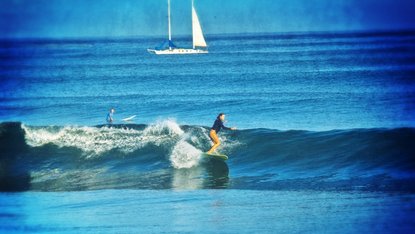 People around here talk a lot about the north swells of winter, and how great it is when they bomb straight into our north-facing bay, and wrap around the point so elegantly over at El Faro on the tip of Punta Mita. But if you live here, or visit in the late spring or summer, you know the other side of the swell story: the south and southwest swell story. We are in the middle of that story right now. 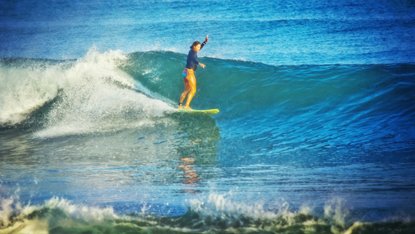 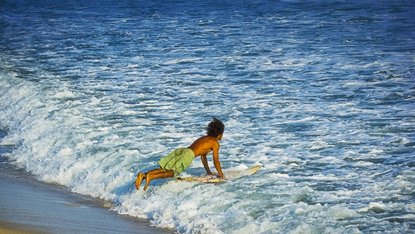 Since last weekend, there has been consistent, medium to large surf here in Sayulita, and according to all the forecasts, there is more to come. As you can see from the photos, the conditions are excellent: glassy water, not too many surfers in the water, and plenty of waves ranging from waist high up to well overhead. On both the in-town right and the north-side left, there were shapely waves to be ridden. 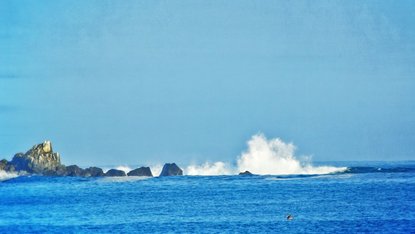 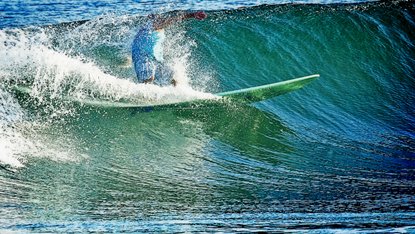 There is also a full moon this week, and the combination of waxing moon and strong swell has been pushing the high tide in hard and fast—the beaches are noticeably less wide than they were last week. This happens every so often, and then the reverse happens: the sand moves in and out, north and south, around and about. This year the beach has been mostly wide and spacious, but at the moment it is definitely getting skinnier. Next year, or maybe with this year’s rainy season, it will no doubt get fat again. 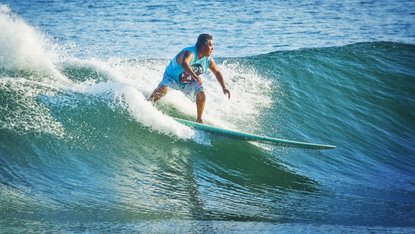 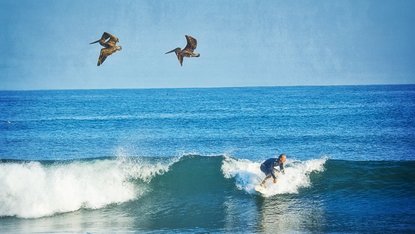 Meanwhile, those bombers just keep coming. If you’re surfed out here in Sayulita, for those willing and able to get in a car and go on safari, there have been fun and fabulous waves at Anclote, Dinosaurs, Stinkies (which no longer stinks, and I’m not sure when if ever it did stink), and a few of the other lesser known spots on the Punta Mita side of Bahia Banderas. Burros has been a little out of control, but there are still plenty of surfers getting epic waves over there. And while La Lancha thus far hasn’t really taken this swell very smoothly—too many waves all over the place all at once—hopefully at some point the swell will settle into a steady and predictable pulse, and those of us who love surfing La Lancha will be able to enjoy her charms once again. 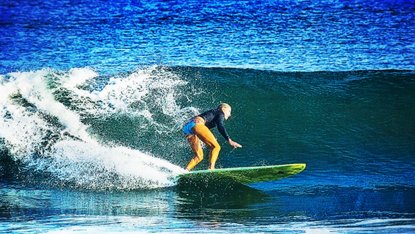 Meanwhile shredders on shortboards, longboards, paddleboards, and boogie boards have been rocking and rolling the Sayulita waves.