Villas Sayulita is a mediterranean style hotel, with view to the mountains. We have a swimming pool as well as rest palapas and a roof top sun deck. We offer 15 espacios and confortable suites well equipes with full kitchen, air conditioned, ceiling foms and pleasant breakfast terrales. 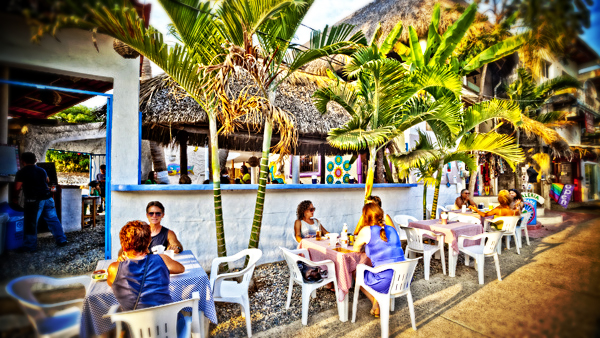 Tacos on the Street

While there are dozens of taco stands, carts and restaurants in downtown Sayulita, south of the bridge that leads into town, there are only a few north of the bridge and the seasonal river it spans. Those of us who live on the north side have long felt privileged in that the first taco joint on the north side (there are a few more now) that caters to both locals and tourists just happened to be Tacos on the Street, the first cousin of a restaurant in La Cruz de Huanacatle, known by the same name (and run by the same family), that many people consider to be one of the best taco restaurants in all of western Mexico. END_OF_DOCUMENT_TOKEN_TO_BE_REPLACED 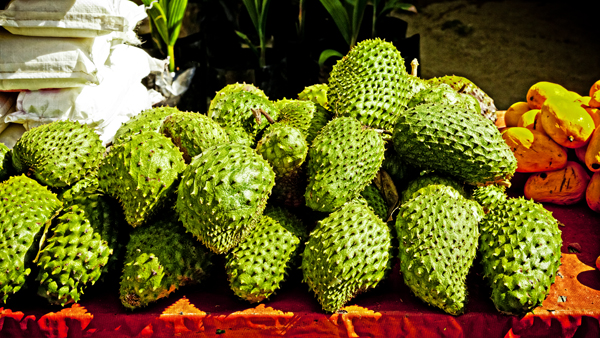 Can You Eat This? Guanabana

This fruit blog examines the large, spiky green fruit called the guanabana, or soursop. These are the fruits of the broadleaf, evergreen tree scientifically known as Annona muricata, more commonly known as the Graviola. The fruit has a slightly threatening appearance, what with the spikes, but fear not, they are soft and will do no damage. END_OF_DOCUMENT_TOKEN_TO_BE_REPLACED

Check out the photos, folks. As they say in Surfalita, surf’s up. Way up!

I saw it labelled The New Zealand Swell somewhere on the internet a day or so ago, before it got here, so I’m now taking the liberty of calling this epic south swell the New Zealand Express. I guess that’s where the storm that’s pumping it our way got going, a few days back. My friend Risa, who knows from waves, has serious surfer buds who’ve committed to flying down from CA to hit some Mexican secret spots just for this swell. END_OF_DOCUMENT_TOKEN_TO_BE_REPLACED

Tacos on the Street

Can You Eat This? Guanabana