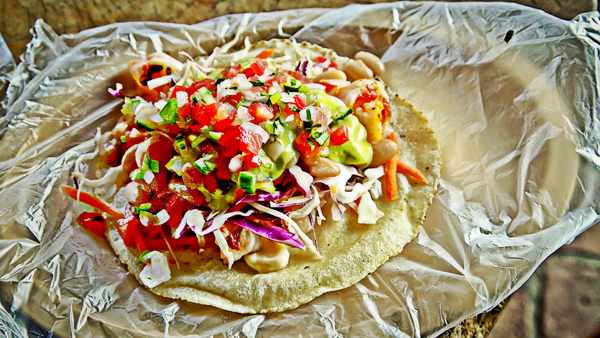 One of our favorite tacos places in Sayulita is El Bicho (the bug), which resides comfortably under an open air rectangular palapa on Avenida Revolucion, the main drag into town, just a block south of the bridge on the corner of Calle Gaviotas, the street of freelance craftspeople. El Bicho is directly across from the dreadful though undeniably popular junk food emporium, Oxxo. Since El Bicho doesn’t serve any alcoholic beverages, Oxxo is a convenient spot to buy beer to go with your tacos. Other than that, all I have to say about Oxxo, Mexicos’ largest chain of stores, is that many consider the proliferation of these junk food purveyors the single most overwhelming reason Mexicans as a national population now rank among the fattest people on earth. END_OF_DOCUMENT_TOKEN_TO_BE_REPLACED 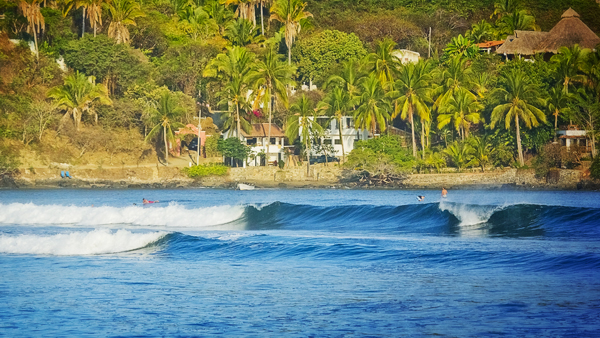 The Swell Is On

We might have to stop running these surf blogs, since it seems that good surfing waves are the new normal in Sayulita, and we can’t keep saying the same stuff over and over. But it is a big part of life here, and so we do feel compelled to report on what’s up out there in the ocean. END_OF_DOCUMENT_TOKEN_TO_BE_REPLACED 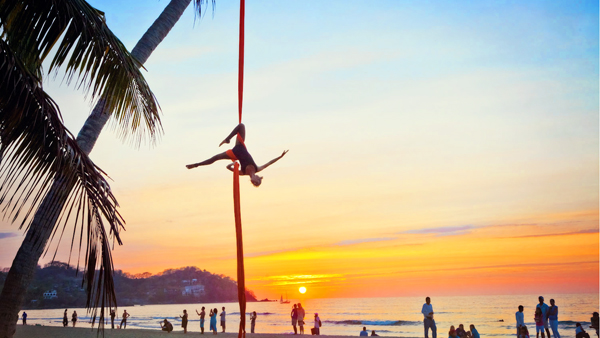 May Nights in Sayulita

There’s no denying that by mid-May, Sayulita’s high season is behind us and the quiet season of summer is coming our way. As much as we worry about the upcoming low season and its financial strain—no tourists equals no money here in Sayulita– and possible flooding—Sayulita had its worst flood in 80 years just three years ago–we do like how green and lush the jungle grows after the dry, dusty months that precede the rain. And the rainstorms are a gas to watch, what with all the thunder and lightning. END_OF_DOCUMENT_TOKEN_TO_BE_REPLACED 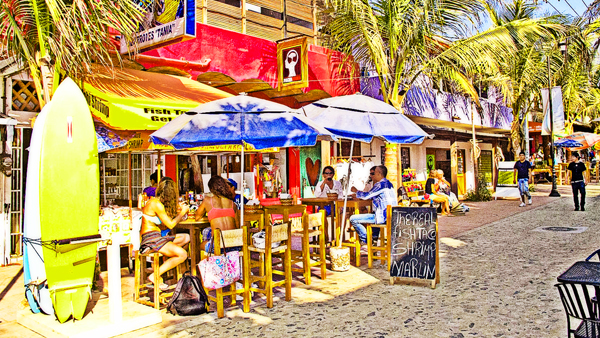 Tacos in Paradise I: The Real Fish Taco

For connoisseurs of tacos, you can’t beat Sayulita. Between the carts, the stands, the restaurants, the bars, and the rest of the taco purveyors you’ll find all over town, you can eat a great version of just about any kind of taco you want, from shrimp to calves’ brains to pure unadulterated vegan. So, what we are going to do here with our new, ongoing Tacos in Paradise blog is throw a few suggestions your way. END_OF_DOCUMENT_TOKEN_TO_BE_REPLACED 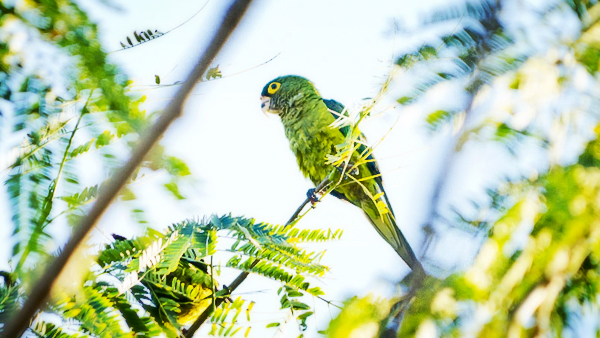 To most Americans, the orange-fronted parakeets shown here look not like parakeets but parrots, for gringos tend to think of parakeets as the tiny little birds that are caged and sold for pets north of the border. These common North American bird pets are indeed parakeets, usually of the budgerigar species. However, parakeets as a group actually include a number of different species of parrots, which share a few characteristics, primarily small to medium size and long tail feathers. Among them are these orange-fronted parakeets (the name derives from the orange band between the eyes). END_OF_DOCUMENT_TOKEN_TO_BE_REPLACED 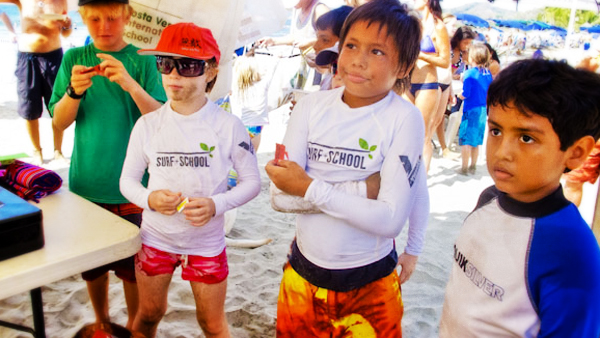 The progressive, eco-oriented private school, Costa Verde International School, is now completing its fifth year of operation here in Sayulita, and in keeping with the policies established when the school opened, a number of local kids who could not afford the tuition at CVIS are able to attend the school thanks to its generous scholarship endowment. That endowment is funded, in part, by the annual CVIS Surfathon, a Sayulita beach event that raises a considerable sum each year. This year, the total was close to $16,000US, and although the waves were tiny (they always seem to be tiny for the Surfathon), everybody had a good time and lots of little kids from the school got to play in waves just about right for them. END_OF_DOCUMENT_TOKEN_TO_BE_REPLACED 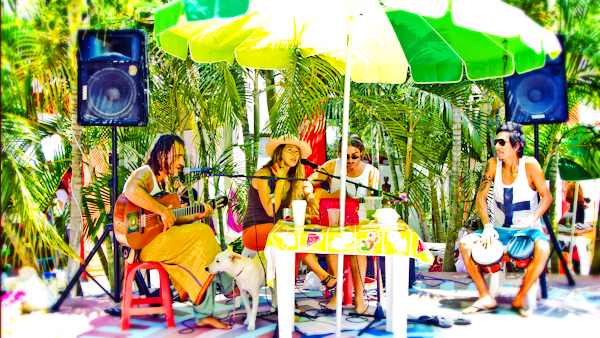 See You Next Year

Sayulita’s Mercado del Pueblo, the Farmer’s Market that has become such an integral and important part of the community, ended its successful recent season with a festive final gathering last Friday. The final market of the spring came to an end with some great entertainment, including a belly dancer and several sets of tunes (plus a rousing series of encores) from Los Bertos y Las Musas, the market’s “house” band (and one of several wonderful, musically diverse bands that played the market this year). As people bought up the last of the available fresh foodstuffs from a number of vendors, we shared a common feeling: the high season is over and done, and quieter times are coming. END_OF_DOCUMENT_TOKEN_TO_BE_REPLACED

The Swell Is On

May Nights in Sayulita

Tacos in Paradise I: The Real Fish Taco

See You Next Year