Home blog > See You Next Year

Sayulita’s Mercado del Pueblo, the Farmer’s Market that has become such an integral and important part of the community, ended its successful recent season with a festive final gathering last Friday. The final market of the spring came to an end with some great entertainment, including a belly dancer and several sets of tunes (plus a rousing series of encores) from Los Bertos y Las Musas, the market’s “house” band (and one of several wonderful, musically diverse bands that played the market this year). As people bought up the last of the available fresh foodstuffs from a number of vendors, we shared a common feeling: the high season is over and done, and quieter times are coming. 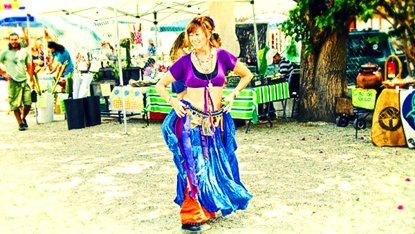 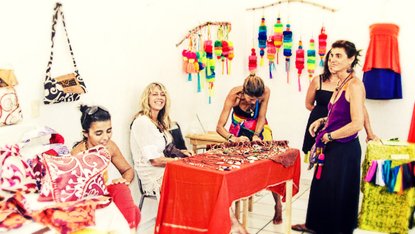 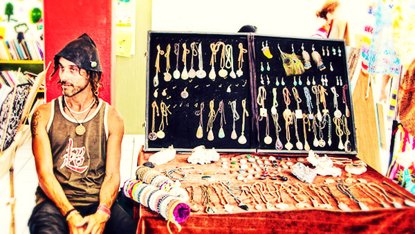 Market manager Lina Weismann has in hand a signed contract for next year, making certain the market will remain in its comfortably shady indoor/outdoor quarters at the Casa de La Cultura, just a block from the plaza and the beach in downtown Sayulita. And we can all be sure that most if not all of the same vendors of fresh fruits, vegetables, meats, fish, prepared foods, and colorful arts and crafts will be back next November, when next season’s market kicks into gear. 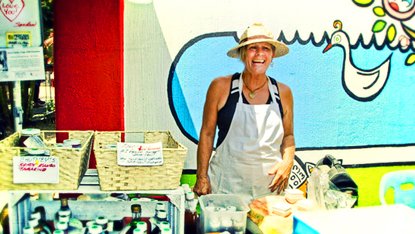 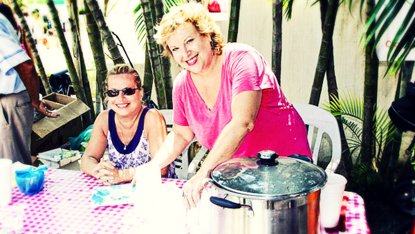 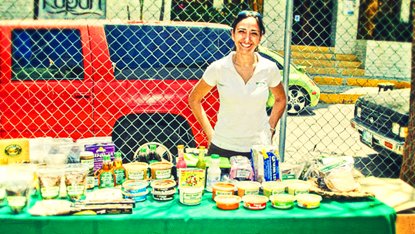 Meanwhile, for those vendors whose products are still coming out of the ground and the kitchen and elsewhere, ready to eat and drink, a kind of mini-market is currently planned for the next month or so. While the plan is not totally in place, it appears that a small co-op vendors’ group from the market will set up shop at Sandrita’s Bakery, by Tacos on the Street and the Tanana Gallery, just north of the bridge on Avenida Revolucion. 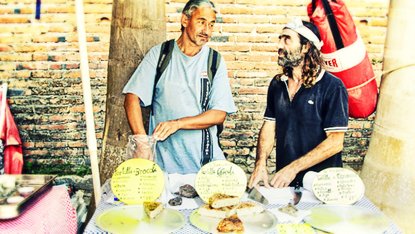 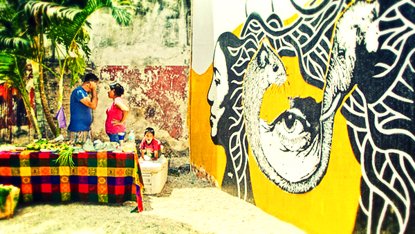 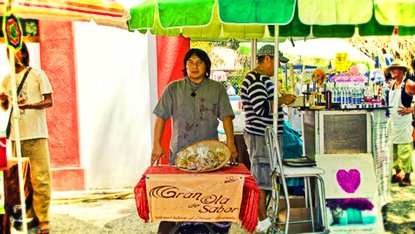 The current plan is to have this market open on Fridays from 10 a.m. to 1:30 p.m., and to keep it open, well, for as long as there is product to sell and customers to buy it. Possibly a month or two. Lina’s relishes and pickles, Sandrita’s baked goods, and several other growers, chefs, and makers of good things to eat will be there, so if you have not yet gotten your fill of the wonderful stuff that comes out of the market every week, head over to Sandrita’s on Friday. While there, if you haven’t explored the Huichol art for sale at the Tanana Gallery, here’s your chance to discover yet another intriguing aspect of life in Sayulita.