To most Americans, the orange-fronted parakeets shown here look not like parakeets but parrots, for gringos tend to think of parakeets as the tiny little birds that are caged and sold for pets north of the border. These common North American bird pets are indeed parakeets, usually of the budgerigar species. However, parakeets as a group actually include a number of different species of parrots, which share a few characteristics, primarily small to medium size and long tail feathers. Among them are these orange-fronted parakeets (the name derives from the orange band between the eyes). 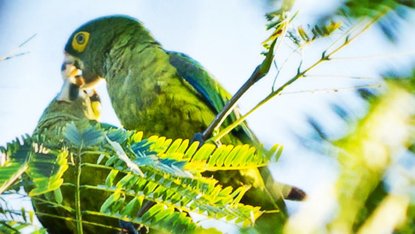 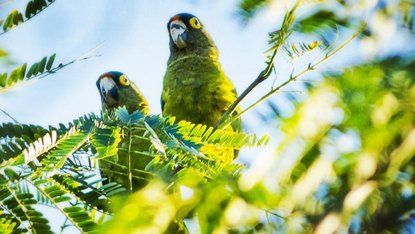 These medium-sized, primarily green birds are raucously noisy, gregarious, and very social, hanging out in both pairs and flocks that can number up to 100. They tend to cluster in a tree, yak for a while, maybe eat seeds, flowers, or whatever fruit is available on the tree, and then take off, flying at high speed to their next stop. A large flock of them can do serious damage to a banana or corn crop or other cultivated foodstuffs. They often operate in pairs, squabbling up close and personal, feeding and grooming their partners, and generally behaving in the appropriate manner of a comfortably married couple. These pictures were done in a hurry because the birds often stop in the trees by our house, but they never seem to stay put for long. As is evident in the photos, and in our observations of them, they like to be on top, up high in the trees, with a view of the territory. 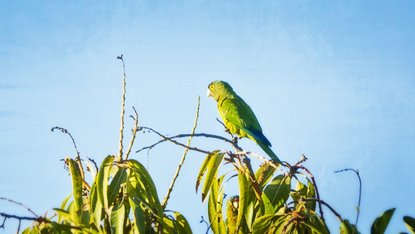 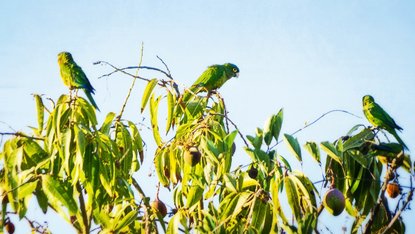 Orange-fronted parakeets (Aratinga canicularis) can be found in the foothills and lowlands along the western coast of Mexico south to Costa Rica, and establish populations in almost every environment available, from forest edge to swamp to cow pasture. They even seem to thrive in urban zones. 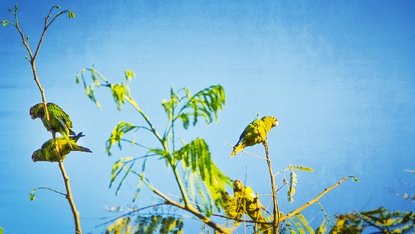 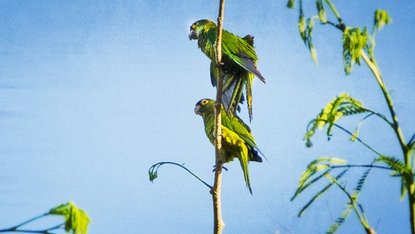 When you drive through San Ignacio, en route to and from Puerto Vallarta to Sayulita, you will often see guys selling caged birds at the side of the road. While there are a few varieties occasionally evident, most of the caged birds sold appear to be orange-fronted parakeets. Crammed into those little cages, they are not squawking raucously or facing from tree to tree, in evidently joyous flight. They are staring out, wondering how and why they got put in jail, and they do not look happy. 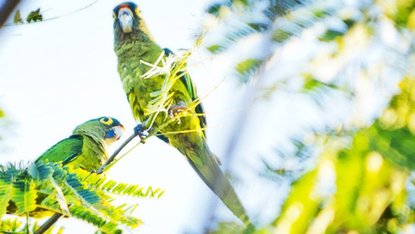 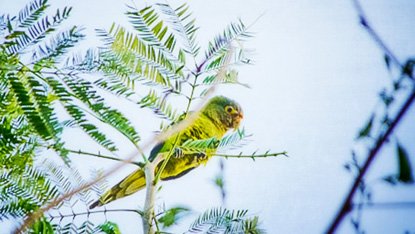 I know there is a tradition of keeping these birds for pets around here. And I know I am anthropomorphically projecting when I say the caged birds look unhappy. But I don’t think I’m wrong, and I sure do prefer the sight and sound of them as they race through the air and gather in the trees in my neighborhood, happily squawking away. As William Blake put it back in 1789, “How can the bird that is born for joy/Sit in a cage and sing?” 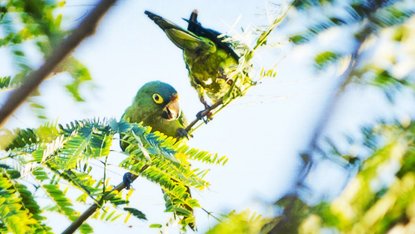 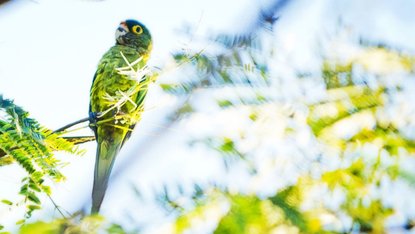 Thanks again to Michele Gillett for help with bird ID.