One of the most striking birds in the skies of Sayulita is the frigate, that fork-tailed, architecturally-sculpted beauty that we watch sailing on high on the thermals overhead, all day long. They drop down to scan the waters and waves and beach for food, but mostly, they soar, high overhead, magnificent in their perfect airborne aloofness. Except when the fishermen at the south end of the Sayulita town beach clean the dead baitfish and other stuff out of their nets, providing a feast for the local avian population. That’s when the gulls, pelicans, and frigates gather round, swooping down to snatch the fish off the beach, and we can get a closer look at them. 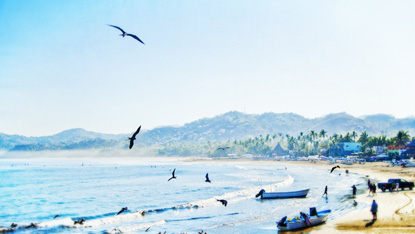 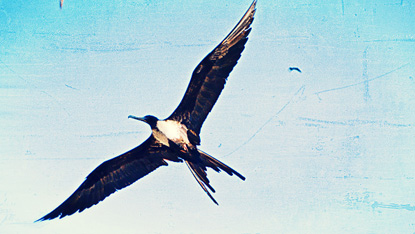 That is also when the odd unfortunate bird, fish in beak, takes a wrong turn and runs into a live electrical wire, as happened to the bird lying dead on the road in one photo here. This is a sad thing, the collision of nature and human development at its rawest and most deadly–but it did provide a golden opportunity to get a good close look at the frigate’s elegant form, with the upper wings angling forward. 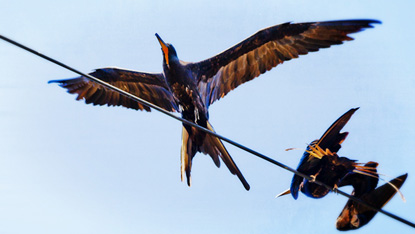 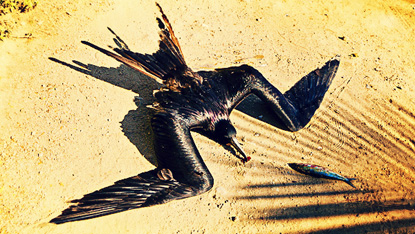 This bird’s full name is the Magnificent Frigate (family Fregatidae, Fregata Magnificens) for obvious reasons. Magnificent because it is full of power and grace; a frigate because, well, in the old days, pirates used frigate ships, and this bird is something of a pirate, renowned for swooping in to steal food from other birds. 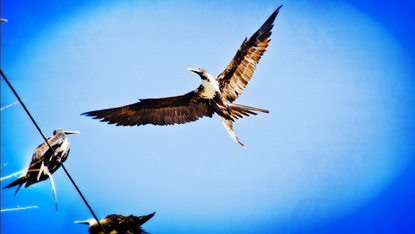 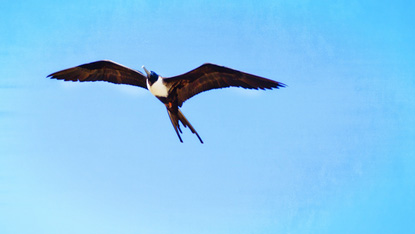 The Frigatebird is roughly 40 inches long, and has a wingspan of up to nearly seven feet. They are rarely seen except in flight, although the free feast at the end of the beach witnessed and photographed here attracted a bunch of them to perches on wires and in trees above the road to Los Muertos. The females can be up to ¼ again as large as the males, but the males compensate for their small size by inflating a bright red gular pouch during mating display. 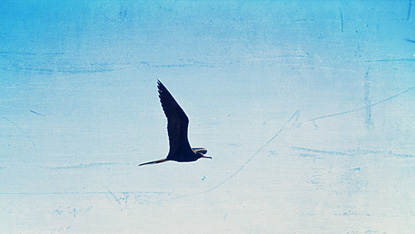 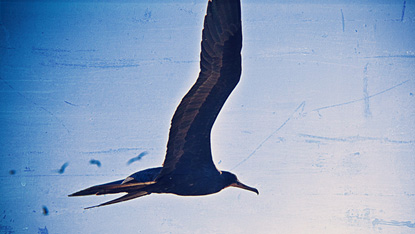 You will never see Frigatebirds landing on the water, as most seabirds do, since they lack the oil-secreting gland which keeps the feathers of seabirds dry. 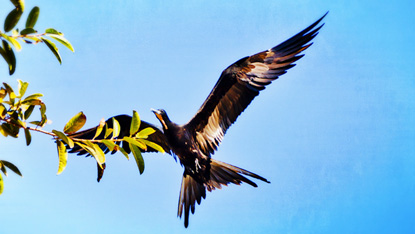 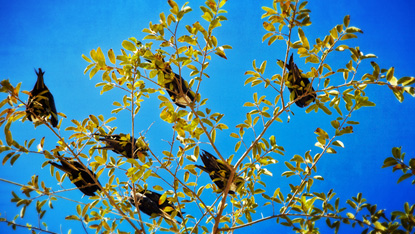 If you should happen to head out to the Mariettas Islands while visiting Sayulita, you’ll see hundreds of frigatebirds, because the location suits them, and because the favorite bird-victim of their thievery is the Blue-footed Boobie, another beautiful and unusual species which makes a home in the Mariettas.