During the high season, many evenings as sunset approaches everybody in Sayulita hears a distant mechanical buzz coming from the north, growing louder and louder by the second. Those of us who live here know that sound, and know what’s making it. The Sayulita Air Force, which is to say, a Canadian guy named Johnny Vinge, who lives most of the year here in Sayulita with his wife Monique and three kids. He loves flying ultra-light aircraft, and so, when that tiny little plane goes swooping by most evenings, just a few feet above the waves, we know its Johnny on his nightly sunset patrol. The noise is intense, but it’s short lived, and he does cut quite a figure. Our own Red Baron, keeping us safe from sea- or airborne invasion. 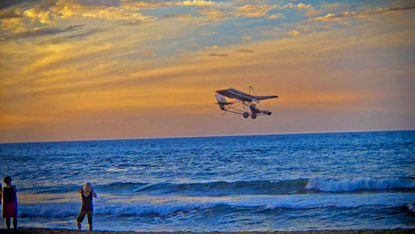 The plane is an ultralight, assembled in the U.S. He’s been flying for years, and this particular plane has been his since 2008. This year, Johnny reports, the machine has a brand new engine. 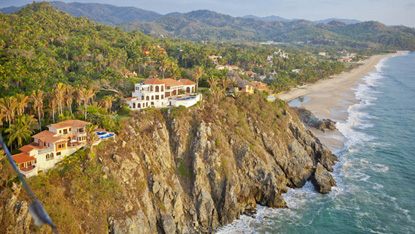 He keeps it parked by a small landing strip in Lo de Marcos, a few miles up the road. It’s a cool-looking little machine, and cruising in it is loads of fun. When he flies by, you can’t help but wish you were on board. 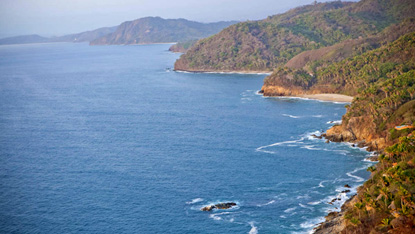 Hop on. Johnny will take you for a ride, for a price. A hundred bucks will get you a tour of the Lo de Marcos area. For $150 you can cruise down to San Pancho, and for $180 he’ll bring you down for a bird’s eye tour of Sayulita. You can reach him at 322-168-6000, or iflymx@gmail.com. Play at being a pelican, and check out our sweet, beautiful little town from above: what a great way to tour Sayulita. 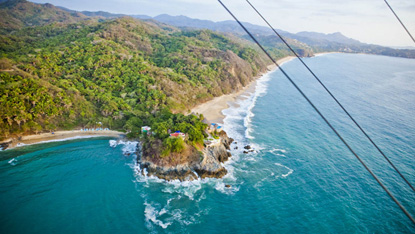