Home blog > Let’s Hear It For the Lifeguards–and the Towers!

The lifeguard situation in Sayulita has burbled along for years now, with resolution in the form of consistently manned and maintained lifeguard towers never quite attainable for various reasons. Towers have been built and fallen, lifeguards have been trained and sometimes posted, and still…every year, it seems, there are no lifeguards on a given day on the north end beach, where the riptides can get fierce, and somebody drowns, usually after getting caught in a rip or smacked by a big wave or god knows what. 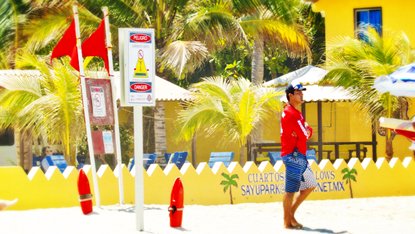 There was another life lost this past winter, and as so often happens this tragedy occurring during a big, rough swell on the north side beach, where the rips run hard and fast, and the waves slam onto the beach with relentless intensity. People should not be swimming out there during big swells, or even during small swells if they are inexperienced in the water, or don’t know how to swim, or have been swilling beer all day; any or all of the above. Every time there is a big swell, another disaster is just one bad judgment away. We who live here know this, but we can’t expect every busload of tourists from Guadalajara or planeload of tourists from Saskatchewan to know it as well. They get here, they get excited, they get drunk, they jump in. In some of these cases, a lifeguard on the scene might have made a difference, but often, things just happen too fast. 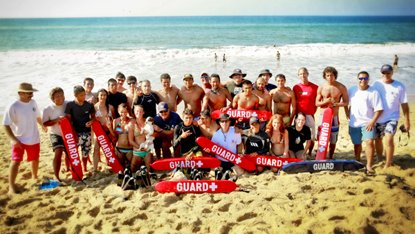 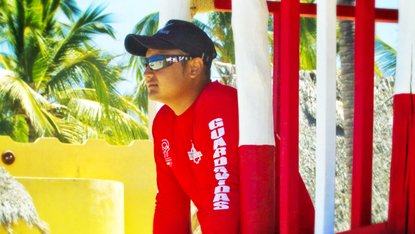 But wait! All is not lost. The lifeguard situation has improved dramatically this year. Those of us on the north side have quickly come to admire our spanking new red and white lifeguard tower, stylishly presiding over the beach in front of the most dangerous piece of ocean in all of Sayulita’s little bay, near the Terrazola restaurant. Put up by Proteccion Civil—these are the same guys responsible for manning and maintaining the emergency vehicles that just came to town as well—the tower, and the others down on the main town beach, were stocked with lifeguards as of Saturday, March 23rd, the first day of the two-week Semana Santa holiday. 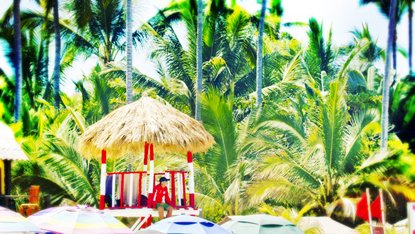 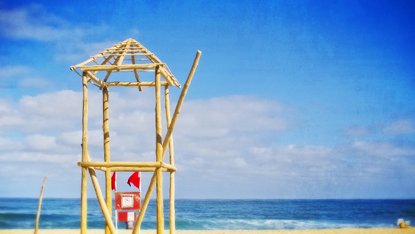 The lifeguards will seemingly have their work cut out for them. Beginning on Friday the 22nd and continuing on Saturday the 23rd, a big south/southwest swell—this year’s first big swell from the south, has been banging into town, creating great waves for surfing, especially over at La Lancha and Burros, but here in town as well. Be careful out there! For those inexperienced in the water, these big south swell waves can be dangerous! But we all rest a little easier knowing that trained lifeguards are at their posts in the towers, watching over what happens in the waves. 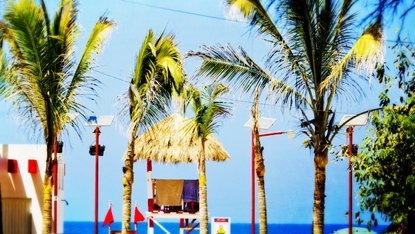 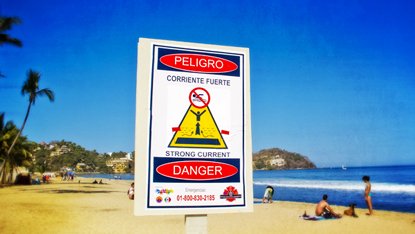