In the first few days of the Semana Santa holiday, a substantial swell rolled through the Bahia Banderas and Sayulita area, as we noted last week. After that, as the holiday approached and the crowds arrived in Sayulita, the waves diminished, leaving surfers less than excited but everybody else relieved that the chances of any accidents or incidents in the water were also diminished; and so we had a safe, unfrightening ocean right through the busy heart of the Semana Santa holiday. 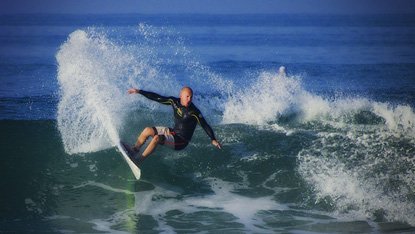 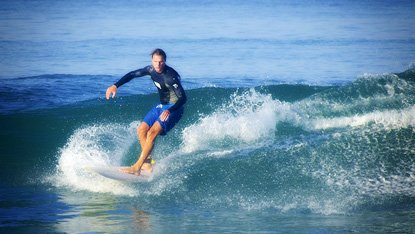 And then, towards the end of the second week of Semana Santa, the waves returned, in great form, with power and size. The swell came from the southwest, bringing thrilling surf to Punta Burros, El Anclote, and Sayulita. Burros, in particular, saw some wonderful surfing days. 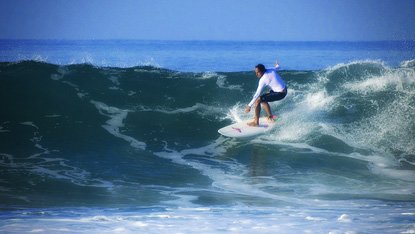 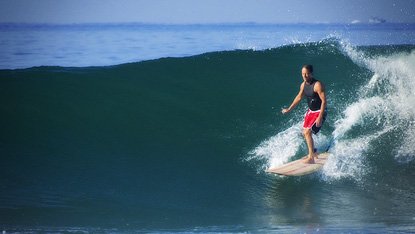 There are many tribes in the surfing world, even in the small segment of the surfing world that inhabits the waves of Nayarit and Bahia Banderas. There are locals, tourists, shortboarders, longboarders, old guys, young guys, paddleboard surfers and boogie boarders. There are gringos, Mexicans, Canadians, even the odd Frenchman, Argentinian, or Italian surfer in the mix. Sharing a love of waves if not always a love of each other—there are too many surfers in the world, and don’t we all know it!–the tribes intermingle, everyday, at every beach in the area. 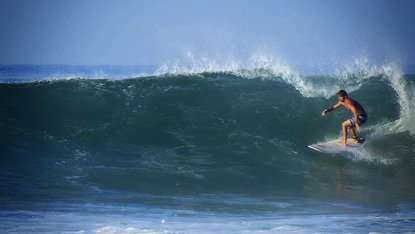 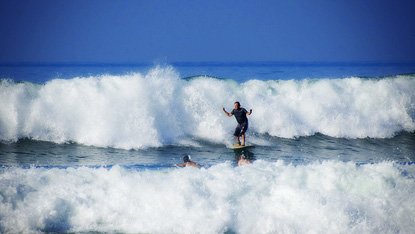 At this point in time, I have to call myself one of the old guys; one of the old gringos who rides a longboard. I ride it well, but I will never shred waves with the speed and power of a 25 year ripper again. That just ain’t in the cards. Still, a number of us older dudes, mostly gringos but a few local Mexicans as well, hold our own out there, at Burros, La Lancha, and Anclote. As you can see in these photos shot at Burros during the fine recent swell, some of the old gringos still ride with style. 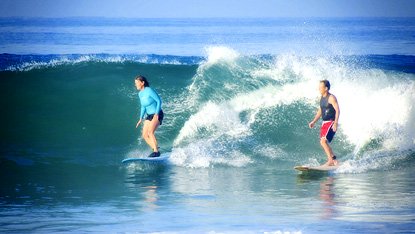 We are lucky, living here, for we see waves like this fairly often. We never take them for granted, but they always come back, sooner or later, and if you’re out there waiting for them, they will find you.

Thanks to Robert Bergeron for the Burros surfing photos.