December 11 and 12 will not go down in the annals of great surfing days in Sayulita, but these days, any surfing days qualify as memorable, and we certainly bagged some fun waves this past week. While much of the summer and fall were, well, flat, all the local surfers are praying to their various surf gods that the north swells of winter will kick in soon, and we’ll get some big ones. 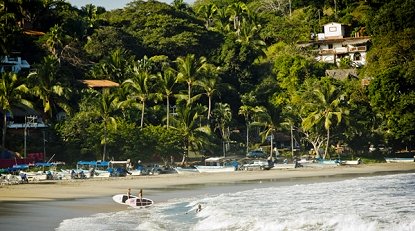 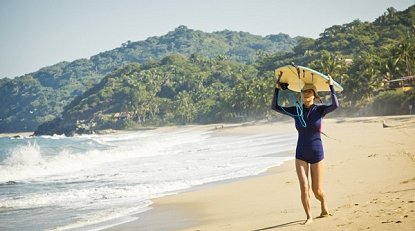 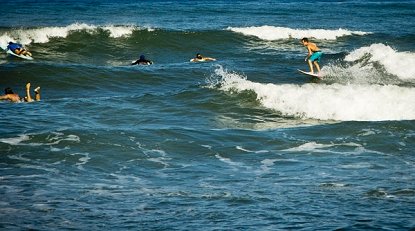 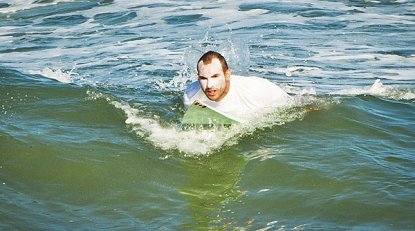 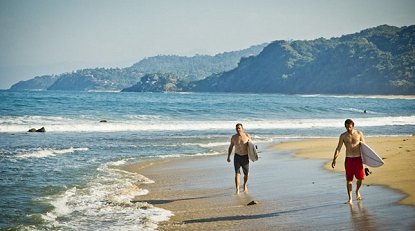 Meanwhile, yes, we had some waves. A small swell, with a short interval (meaning there is little time or space between one wave and the next) still coming from the south, although there was some west mixed in. You can see in some of the photos how crossed up are these swells. The two guys carrying boards walked up and down the beach a couple of times, trying to figure out where to paddle out. It was a little crazy mixed up there. However, according to the forecasts, the next few days will bring some north swell, which will be the first of the winter, the first of many. 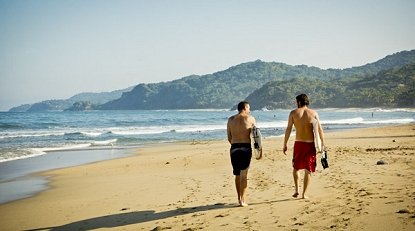 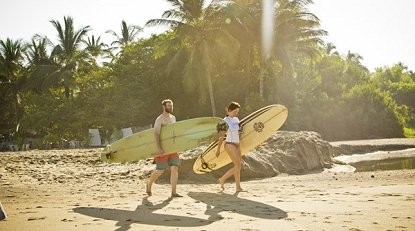 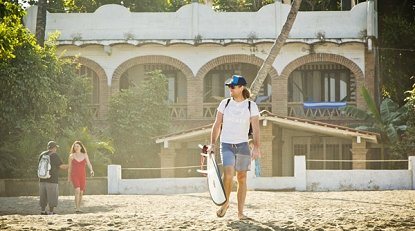 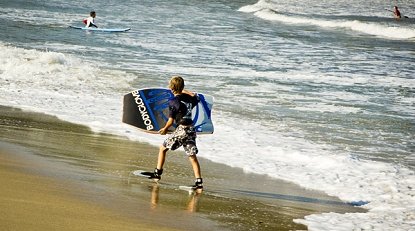 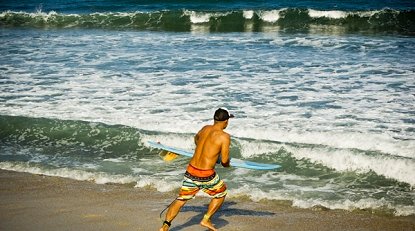 Our Sayulita waves are kind of messy these days. We’re hoping for a big blast of a north swell, perhaps coupled with a full moon, to really push a lot of water in and out of the bay, and reorganize the bottom so that the rights and lefts are once again more defined, rather than this “all over the place” kind of surf where you see people going left at the right, and right at the left. The inside break, down by Don Pedro’s, continues to be ideal for beginners, and they are out there on their soft tops and paddleboards, having a ball–but the rest of us are still waiting to get bombed by big waves from the distant north, where winter storms soon should be brewing up some large ones. As even those among us who are not religious are saying these days, “Pray for Surf!!!”