One thing you can’t help but notice about Sayulita is the mix of road finishes and conditions, ranging from skanky, barely driveable mud-wallows (you’ll see a lot of this in the rainy season) through hard-packed dirt, mixed mud or sand and gravel, different grades of pavement (with or without potholes of varying sizes), and also cobblestones. Many streets are a total mish-mash of all of the above. In part, this is because there is no real “governing authority” responsible for paving, cobbling, or maintaining all the streets of the town. Instead, the municipality deals with the busiest, primarily commercial streets in piecemeal fashion, taking care of what they must take care when they have no choice, like fixing the bridge when it got washed away in a flood (although this did take a rather longish time), or at last, in the past year or three, finally paving Avenida Palmar and Calle Miramar, both very active streets and former seasonal mudwallows or dustbowls. 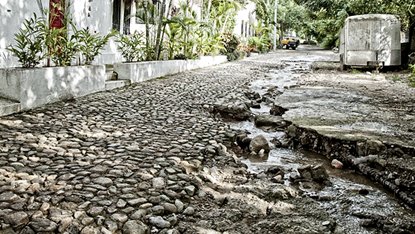 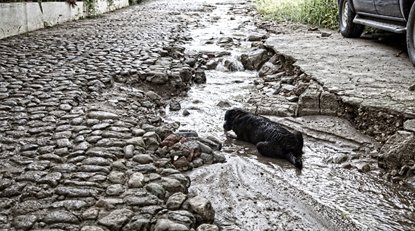 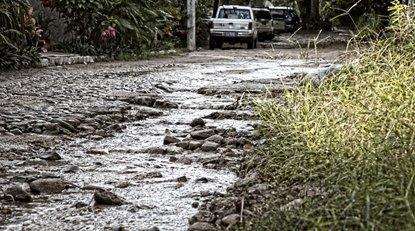 Before going any further, I will say that Sayulita’s ragged unkempt streets, for all the trouble they cause drivers, did and still do have a major saving grace: they slow everybody down!

Meanwhile, most residential street construction and repair ends up being the responsibility of the residents. We become de facto street-builders.

There are plenty of reasons for this but the main one—this is partly an educated guess–is that we don’t pay property taxes, or pay very little in property taxes, in Mexico. There is not much money for civic projects like road building. Instead, we build our own roads. Or rather, we hire local guys who know how to build roads to build them for us. It ain’t too cheap and it ain’t too expensive, and the work is good if you get the right guys. 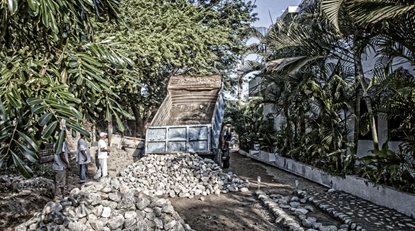 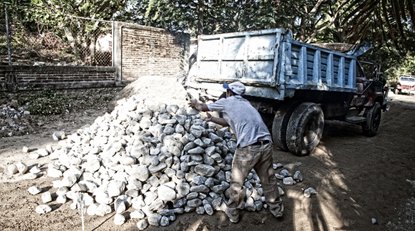 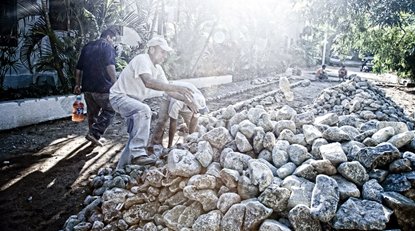 This system works OK, except that it usually involves organizing a neighborhood and getting everybody lined up and willing to contribute their “fair share” to the street work. Fair share to be determined. With a combination of full-time residents, condominiums with owners who occasionally show up to mow the lawn, and rental homes with absentee owners, the question becomes, determined by whom, exactly? Everybody has a different stake, and a different take on what should happen next.

This can be a problem, not unsolveable, but complicated. Anyway, once you’ve gotten past this financial obstacle, the work gets done. As a general rule, the people who have the most to gain by paying for the new road step up and pay more than their fair share. Either this happens or the street doesn’t get built. And there are some extremely gnarly streets in Sayulita, where steep hills and hard rain wreak their havoc every year for three months or so. The rainy season eats roads for breakfast, lunch, and dinner. 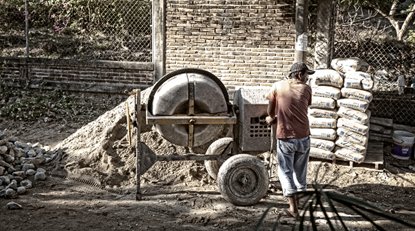 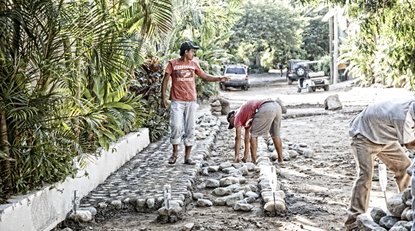 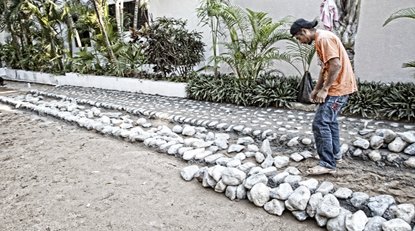 Take Calle Chiripa, on the north side, where I have lived for five years. This street has always been known and recognized, on the maps of the town, as a “seasonal stream.” In summer, when the rains fall, we call it Rio Chiripa. Heading inland from Avenida Palmar, the paved avenue that parallels the beach, Chiripa until this month consisted of one block of dirt, then (my block) half a block of half-cobblestone and half-dirt, then a block and a half of cobblestones, then a narrowing dirt road devolving into a grungy, rocky little mountain streambed—it’s hilly back there—which becomes a torrent in the rainy season. There are houses up that river that are pretty much unapproachable for a couple of months if the rainy season is exceptionally rainy.

But down at my end of the road, a block in from Palmar, I lived with half cobblestone and half dirt outside my front door for five years. When the cobbles began collapsing in earnest under pressure of the downpouring rain and the river racing down the street, and the center of the road turned into a deep, rocky river and then dried to a dusty arroyo full of construction debris dumped there a few years ago to “hold” the road in place, I could stand it no longer. 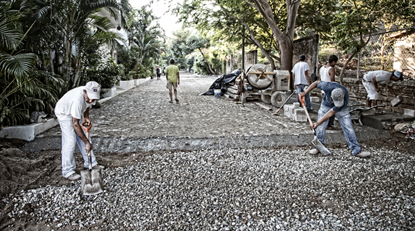 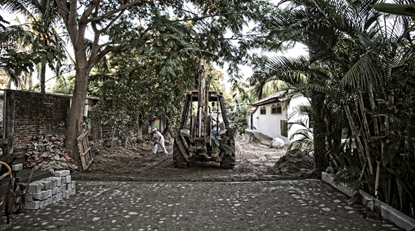 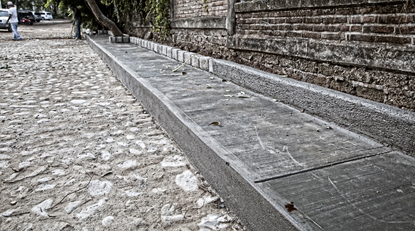 This year, the dirt hit the fan. So, rainy season over, I went with hat—some neighbors felt it was more like a whip, or a bludgeon–in hand, and pleaded and cajoled for money to fix the arroyo in front of my house. For me, it was aesthetic. I couldn’t stand the sight of the broken road any longer. For everybody else, it was safety and convenience, since the road had morphed into an undriveable hellhole.

So at last we got the money, expenses unevenly shared, hired a local cobblestone wizard named Alejandro Martinez to do the job, and here you have it in living color, before, during, and after, the making of a cobblestone street. This was an ever- shifting crew, depending on the task at hand, but they all worked hard all day long, taking quiet pride in doing it right.

Never did I imagine that a lot of well-organized rocks could make me so happy. But they do. 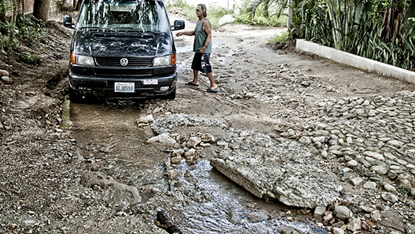 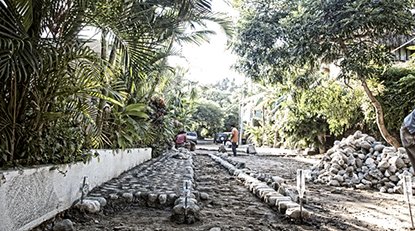 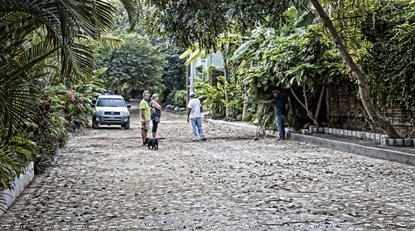 There is an order to the process. Get all the debris out. Scrape the dirt smooth. Pound the dirt flat. Lay concrete atop the dirt. Place the stones in the concrete one at a time, by hand in a pattern established by the demands of the process. A very slight slope towards the center of the road from both sides, to organize the flood when it comes, is recommended. Careful measurements are made along the way, but that’s the fundamental drill.

Cobblestone streets have been around for centuries, and there’s a reason. They are well-designed: pleasant to look at, sturdy, and functional. They work.

Aside from debris removal, scraping the road smooth, and mixing cement, all the work is done by hand. This lovely new road and its accompanying sidewalk are, literally, handmade.