Sayulita’s annual celebration of itself and its own history, Sayulita Days, has just come to an end. Originally known as the Feast of the Ejido, the weeklong bash was started over 50 years ago by the leaders of the village to honor the town’s birth. These days, the party includes a visit from a traveling carnival, rodeos, equestrian performances, concerts in the rodeo arena, and the Sunday morning parade, for many the highlight of the week. 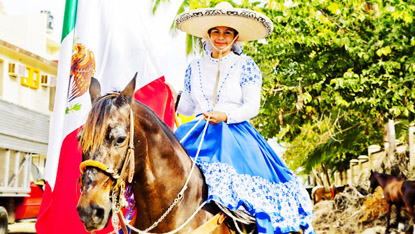 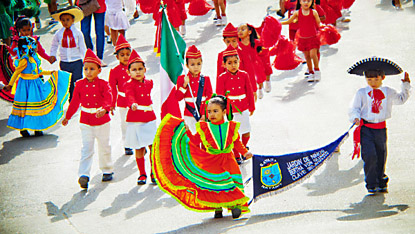 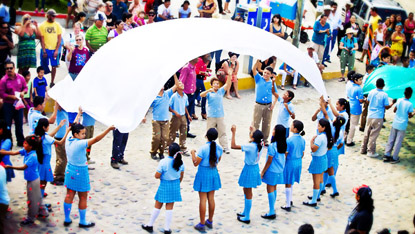 The carnival is a real throwback, a funky, small time, small town traveling show with marginally functional old school rides, a couple of electronically-operated bucking broncos or bulls, plentiful food booths, colorful junk for sale, open bars selling every form of alcohol under the sun, and assorted tests of skill, including the Quebraderos, which I don’t believe you’ll find anywhere up in the states. There are about eight of these set-ups in a row on one side of the carnival. They all offer the same thing. Piles of rocks. Some upside-down beer bottles on sticks several yards away. For a few pesos, you buy a pile of rocks to throw at the beer bottles. You break one, you win…Beer! 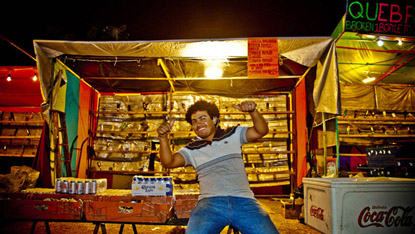 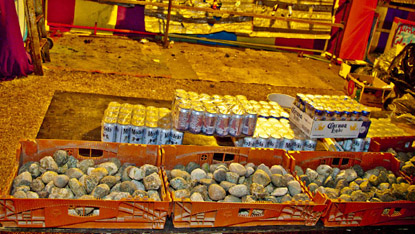 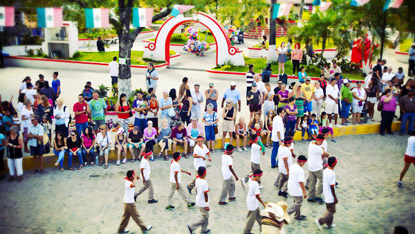 The parade includes kids from all the schools in the area, men and women on horseback, sports teams, and Sayulita’s princesses and queen. For visitors, the hundreds of school children, dressed in their school uniforms or costumed as cowboys, soldiers, Zapata, Villa or other Mexican heroes, add up to an irresistible photo op. Everybody in town lines up to watch, participate, or take pictures. When the parade ends on the baseball field, the banda strikes up, the dancing horses dance, and a grand time is had by all. 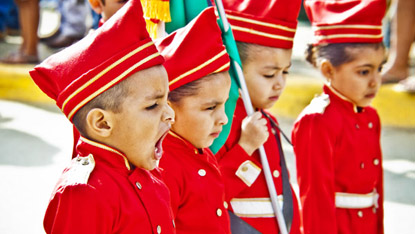 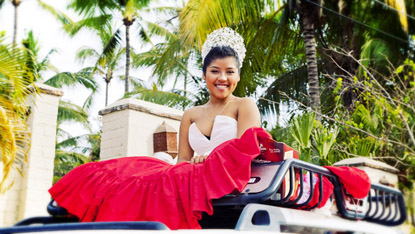 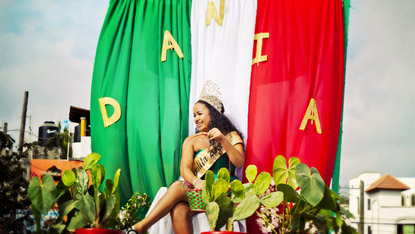