This week December 4th marked the first day of the multi-day celebration of the life and times of one of Mexico’s most revered saints, the Virgin of Guadalupe, also known as our Lady of Guadalupe, who has been the patron saint of Mexico since the year 1531. In that long ago year, according to legend, a man called Juan Diego had a vision of a young girl on the hill of Tepeyac, near Mexico City. Though this young girl spoke Nahuatl, the indigenous language, Juan Diego recognized her as the Virgin Mary. 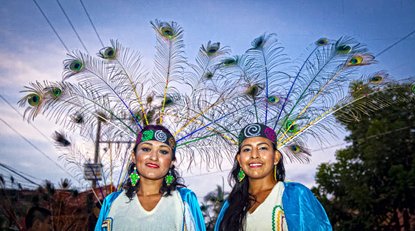 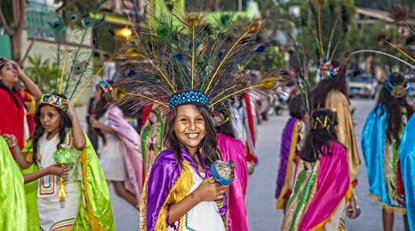 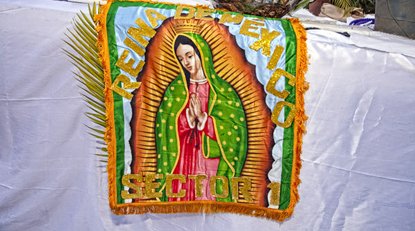 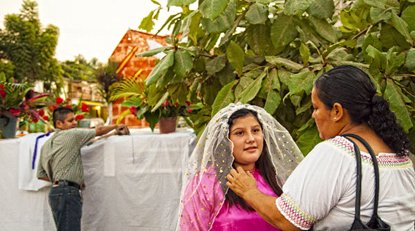 The bishop asked for proof, a series of miracles and mystical events followed, providing proof, and there you have it. This all took place nearly 500 years ago. Juan Diego was canonized quite recently, in 2002, which seems odd—what took so long?–but one never knows what goes on in the Vatican. In any case, all over Mexico, the people of every pueblo ranging from the tiniest hamlet up to one of the biggest cities in the world, Mexico City, celebrate this lovely religious festival. 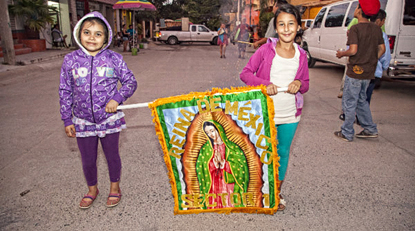 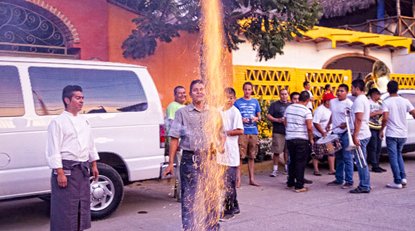 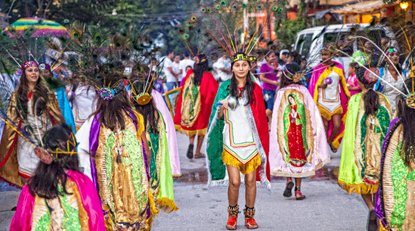 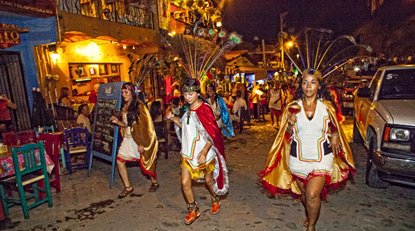 In Sayulita, the celebration begins as a series of colonia peregrinaciones, or neighborhood parades. Beginning on December 4th, every night a different colonia of Sayulita presents its own vision of the virgin, poised on the back of a dressed-up truck, enacting a moment from the life of the Virgin of Guadalupe. This year, my own north side neighborhood was the first one called upon to organize the parade and take it downtown to the plaza. 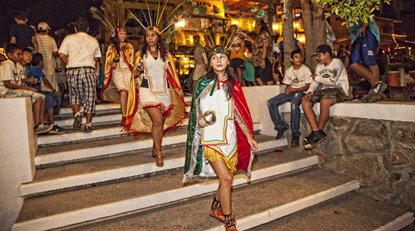 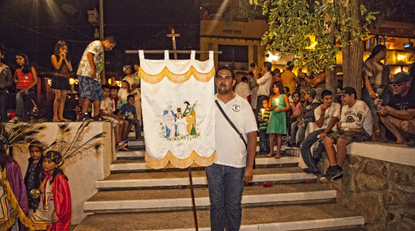 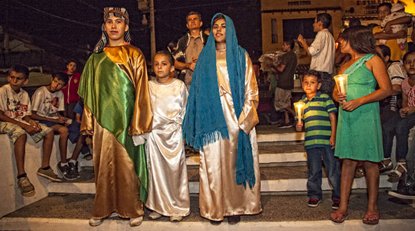 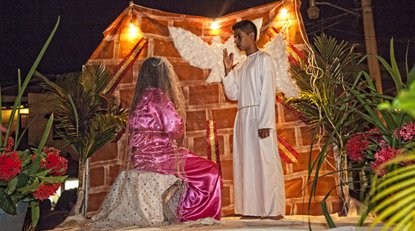 Our neighbors, rich and less rich, Mexican and ex-pat, kids, parents, grandparents, and friends, rose to the occasion with a handsome float led by a troupe of dancers with Aztec-inspired costumes wrapped in Virgin of Guadalupe capes, mixing the Precolombian with the Catholic; among the lead dancers was our friend Lis, looking lovely and proud in full regalia. There were plenty of fireworks blasting off, and the Virgin and Juan Diego, appropriately costumed and solemn kids playing the roles as they enacted their moment, rolling into town with a band in tow, blowing brassy tunes to gather the crowd. We north side residents followed in a quiet parade, holding candles. It was a lovely moment. 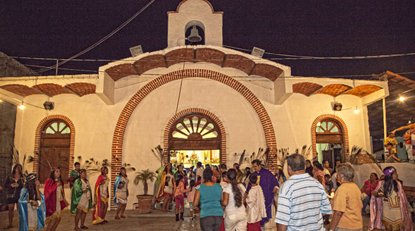 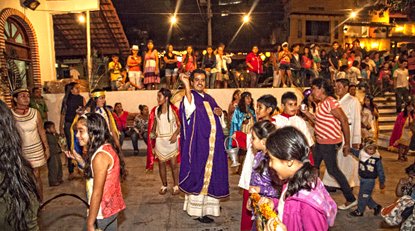 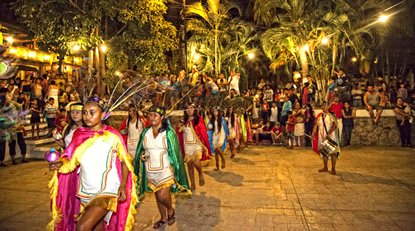 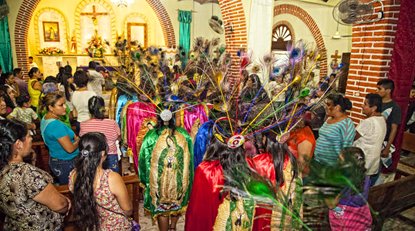 The other neighborhoods follow, a different one each night, and the festival climaxes next week with a gathering of all the neighborhood Guadalupes, abundant fireworks, and the usual Sayulita mix of the sacred and the profane, comfortably dancing side by side. We will update with another blog or a feature story next week. Meanwhile, if you are here, enjoy the nightly party, and if you are up there in the more northerly regions, in the cold and dark, just look at how comfortable everybody is down here, in their t-shirts, skirts, sandals, and peacock feather headdresses. The Virgin of Guadalupe bestows upon us the most beautiful weather in the world, this time of year.