One of the many things we love about Sayulita are the flowers, which are many, gorgeous, and colorful. Coming here from the depths of a northern winter, one can not help but be enchanted by the brilliant floral abundance. 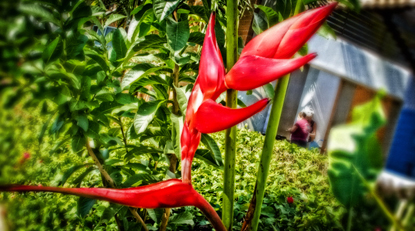 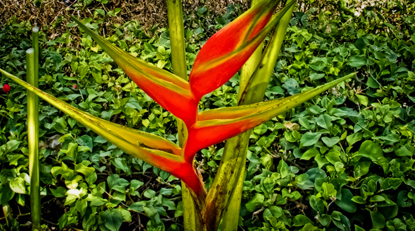 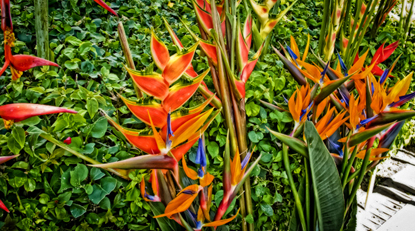 Among the most ravishing of all the flowers to be found in our tropical climes are the heliconias, not only for their intense coloration but also for their architectural, geometric forms—spiky, angular, structured as if for some arcane purpose. Often mistaken, or mixed up, with similar-looking birds of paradise, heliconias are a genus unto themselves, with somewhere between 100 and 200 types growing in the tropical Americas and as far west as Indonesia. 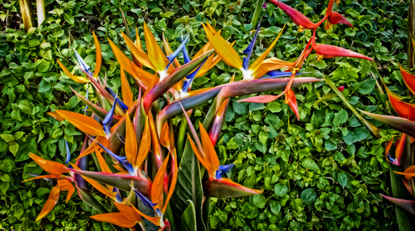 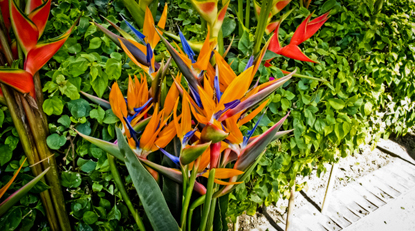 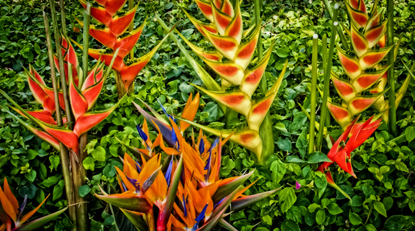 Adding to the singularity of appearance is the size: these beauties get large, up to 15 feet tall, depending on the species. Heliconias are subdivided into three groups, erect, pendant, and psittacorums. The first two groups flower straight up, or in a hanging or pendant fashion. The third, psittacorums, flower upwards as well, from the end rather than the middle of the stalk. You’ll see various versions of these growing in gardens and yards all over Sayulita, and for sale, on stalks, in most of the farmers’ markets in the region. They are great to have around in a garden, or cut and placed in a vase, for they are visually striking, brightly colored, and will retain color and shape for a long time in water. 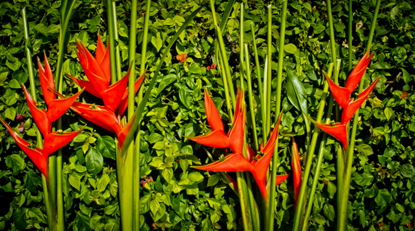 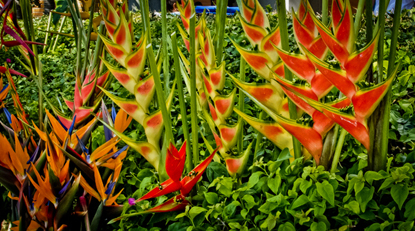 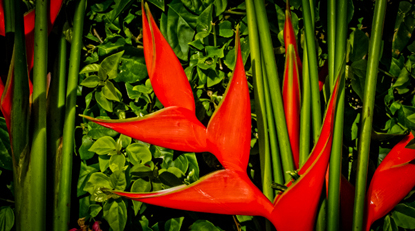 Here we offer you a chance to admire a few of the locally grown varieties, gathered for a photo shoot.

We should mention that the most brightly colored part of these plants is not actually the flower but the leafy part called the bract. The actual flowers are small, usually blue, growing inside these brightly colored, severely sculpted, and geometrically beautiful…bracts. 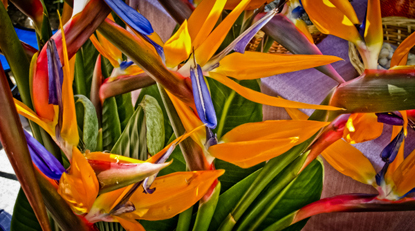 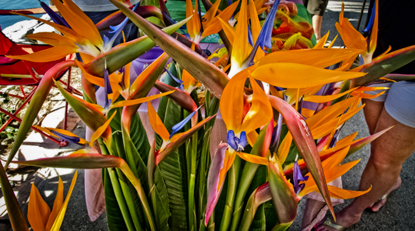 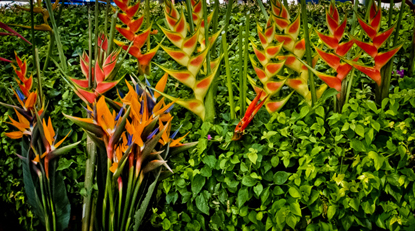 Hummingbirds are the chief pollinators of heliconias, with some species actually having evolved beaks specially shaped for getting into the bracts and pollinating the flowers. Just one more bit of amazing evolutionary lore.