Sayulita’s one and only Mexi-punk high volume rockn’ roll band, Los Gatos Perdidos, recently put on a loud and raucous show at Don Pato, our loudest and most raucous bar. Formerly known as Los Gatos Negros, these bad cats manage to play an ear-splitting dance show a couple of times a year, and for those of us who’ve seen the band a few times, they are always a gas. This one was no different, loads of fun, several flavors of smoke in the air,tequila and beer flowing in torrents, adults behaving badly and children hanging out where they shouldn’t hang out—in a drunken rock n’ roll bar!—but this wasSayulita on Saturday night, people, and that’s the way it is and should be.Not dangerous at all, but maybe a little scary. We were all volunteers: nobody was forced at gunpoint to climb the spiral stair and plunge into the Don Pato thunderdome. 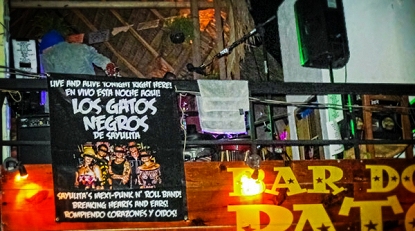 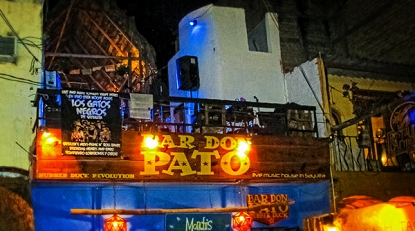 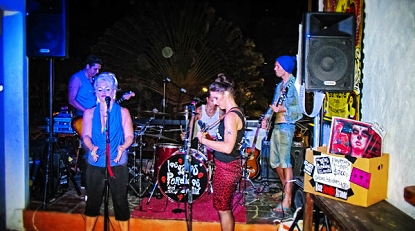 I confess to leaving after the first set, having jumped up and down enough in six or eight songs to last at least until the next appearance of Los Gatos. So I can’t vouch for what happened later, during the second set, after a few more gallons of beer and tequila had flowed through the bar, but I’m sure the Bad Kitties were even badder the second time around, and I would be willing to bet that at least a few of the people at the show woke up the next morning uncertain as to where they were and who occupied that body next to them. 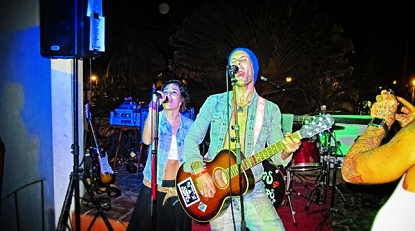 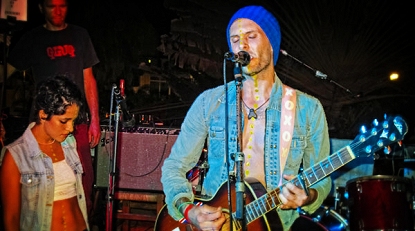 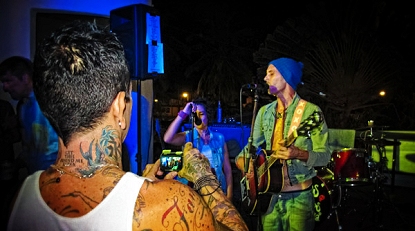 Los Gatos Perdidos cover the Ramones better than the Ramones, they do a kick-ass version of Feliz Navidad, this being the Xmas season, and they get everybody all hot and bothered, jumping up and down and yelling like banshees. It’s only rock n’ roll and we like it. Two girl lead singers? What could be better than that? 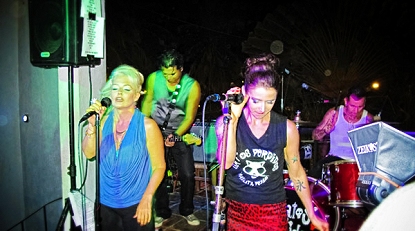 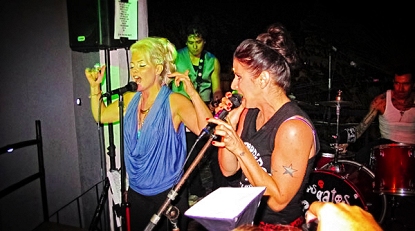 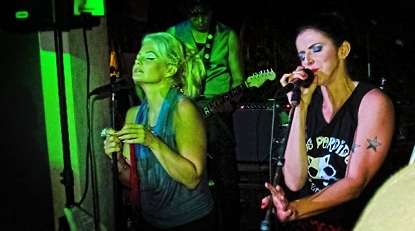 Good show, Gatos: thank youLost Cats Gabbi, Treva, Andrea, Ernesto, and the newest member, Paulie the smoothiemeister from Orangy Smoothy, who not only proved himself to be a howling fine Gato Perdido, but also played a great opening set accompanied by a guitar and Daniela, his spouse and Orangy Smoothy partner. Engineer and former Gato Jess kept the volume smoothly earsplitting, and the bartenders at Don Pato kept it flowing. That staircase is a killer, both coming and going–and folks, don’t ever forget when you step onto the sidewalk coming down from Don Pato, the last step is a really, really tall one. 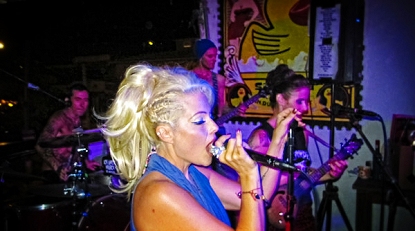 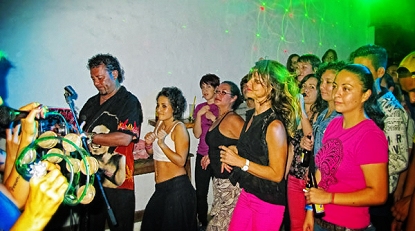 Coincidentally, the weeklong celebration of the Virgin of Guadalupe was going on at the same time, and coming and going from Don Pato, I caught half an hour of wonderful Mexican folk dance performance on the temporary stage by the plaza. Traditional Mexican dance contrasted with shrieking rock n’ roll: your basic Saturday night in Sayulita. 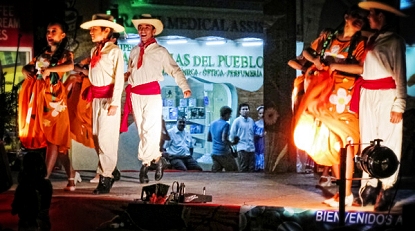 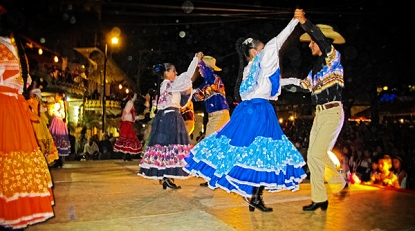 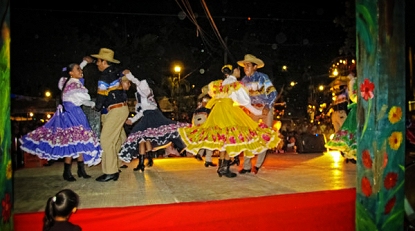