The rainy season brings many things to Sayulita, among them plentiful ripe papayas. Although the fruit ripens year-round in Mexico, they seem to be particularly abundant this summer. 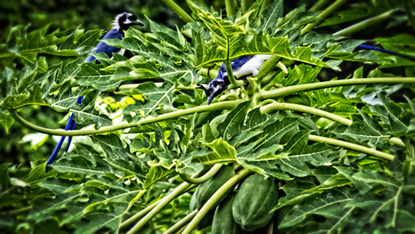 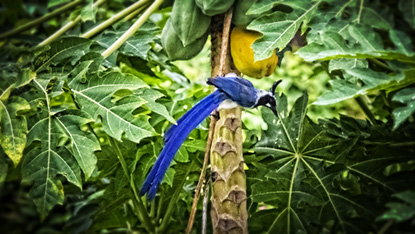 Originally from southern Mexico (particularly Chiapas and Veracruz), Central America and northern South America, the papaya is now cultivated in most tropical countries. The name is derived from the Spanish adaptation of the word “ababai” from pre-Columbian communities in the Caribbean. Dating back to prehistoric times, there are lots of different papaya types around, but most north Americans are familiar primarily with just two types, Hawaiian and Mexican. 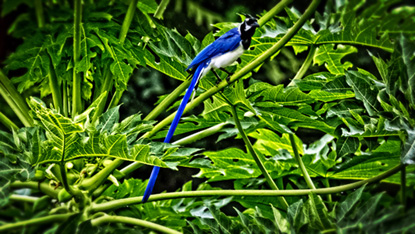 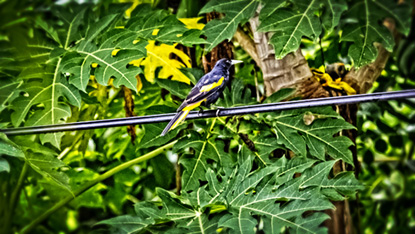 The Mexican papayas are larger and the flesh of the fruit is a deeper red in hue than the bright orange-yellow of Hawaiian papayas. Papayas of all types are a usefully healthy food, containing the papain enzyme which helps break down fibrous tissue and in doing so, aids in healthy digestion. 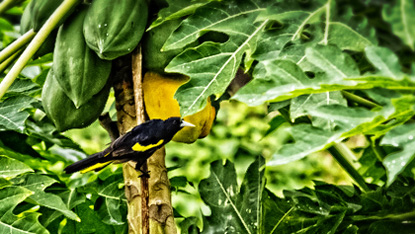 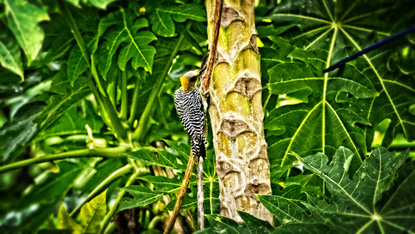 Papayas grow rapidly, weedlike, and produce fruit within three years. Papaya is highly sensitive to cold and frost, and so can only be grown in tropical climate, like we have here in Sayulita, where papaya trees tend to pop up in all kinds of random locations, such as in the empty back end of the schoolyard across the street from my house. 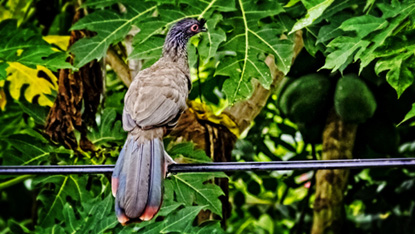 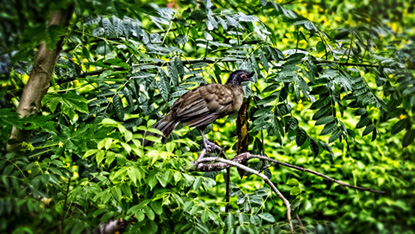 This papaya tree started producing fruit this year, and immediately became a dining magnet for all sorts of birds. We’ve seen most of these birds before, and blogged about several of them, but they were gathering in such numbers, so close by, that we had to photograph and write up this papaya party, for the birds. 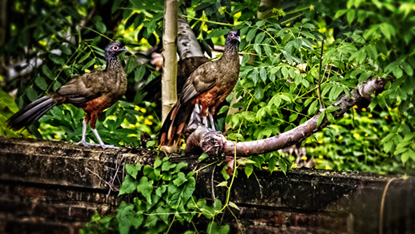 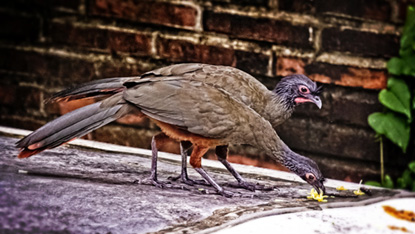 We took all of these pictures on the same day! Included in this avian road show are chachalacas, golden-cheeked woodpeckers, blackthroated magpie jays, and yellow-rumped caciques, also known as calandrias. As the papayas ripen from green to yellow, the birds move in and start munching away. To be able to watch these exotic birds going about their daily business from our own front porch is one of the great things about living in Sayulita.