There’s no getting around it: this has been a slow summer for surf here in Sayulita. Day after day we head down to the beach or look out our windows to see what the ocean is offering up. Too often, it has been too much of nothing. A couple of days of decent waves here and there, and that has been just about it. The flat water is perfect for paddling and swimming, but for surfing, no, not so great. 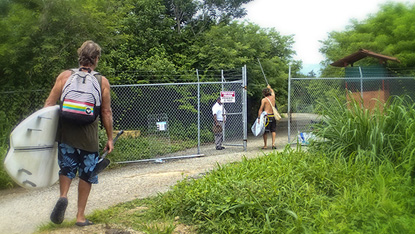 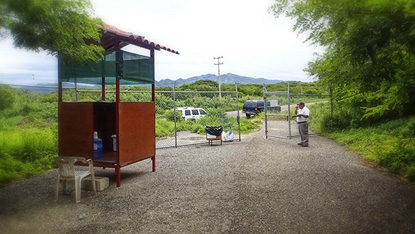 And, oddly enough, or maybe they are both part of the same story, a larger weather pattern story that we are too small and uninformed to see, there has been little rain this rainy season as well, and no major, mind-boggling storms, of the sort that send you up on the roof to hail the lightning. Instead, we’ve been getting plenty of what I consider “northwest” style rain, like what I remember from Seattle–slow, steady, drizzly, soggy–precipitation without drama. 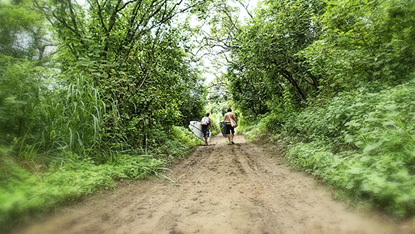 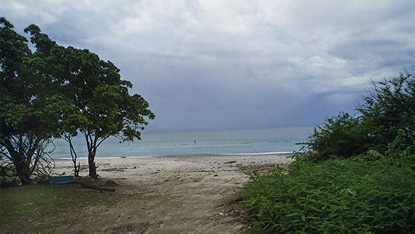 Until last Sunday morning, when we got hit with a serious deluge, and the town was temporarily drowned.

But that little blast of rain was seemingly an aberration. Overall, this season has been one of not much surf, not much rain. And so, what to do for waves? Well, one thing we do around here is search for surf in other, nearby locations. We get in our cars and go wave hunting. This past week, we’ve been heading over to La Lancha, just down the road from Punta Mita, where there can occasionally be little waves breaking when there is nothing doing anywhere else. It’s a 15 minute drive followed by a 10 minute walk, so La Lancha qualifies as “nearby.” 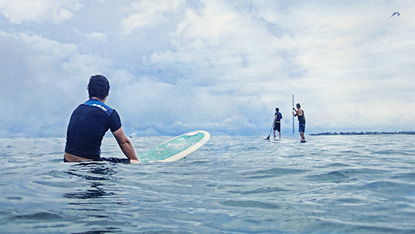 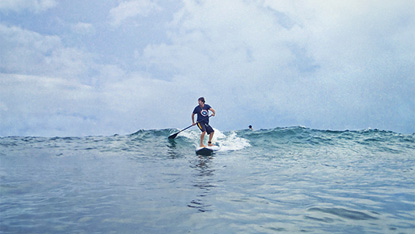 I’ve been surfing La Lancha steadily since I moved down 5 years ago, and I’ve seen some changes. The access has changed a few times, from going through a fence we had to cut or climb, to a free-for-all unguarded trail, to what you see here: a gate, a guard, and access limited to people with surfboards, paddleboards, or boogie boards. No one without a wave-riding vehicle allowed. No dogs allowed. This is the Punta Mita Development Corporation flexing their proprietary muscles, it would appear. My assumption is that these people realize they can’t possible keep the surfers away from one of the most fun, consistent waves in the area, but they can let us know they’re doing us a favor, letting us in at all. By the way, this time of year, the ten-minute trail from road to La Lancha beach can get muddy and very, very buggy, so, should you be headed that way, take along your spray. 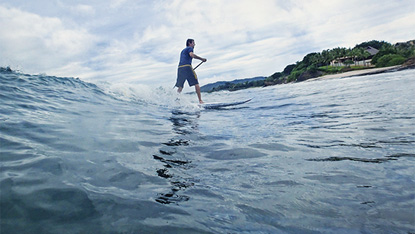 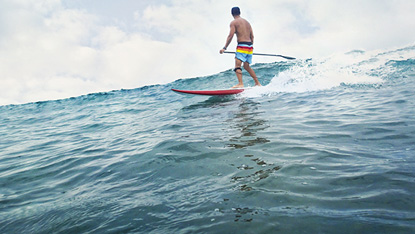 As for the waves of La Lancha, well, on occasion they can be spectacular, but they are more often just small to medium-sized, and fun for surfers of all skill levels. Aside from whatever the swell is doing, the waves here have grown more crowded these past couple of years, since most everybody in Sayulita now knows the spot. So do all the surf boat captains from Anclote, who bring their herds of beginner surfing students over almost every day, high season or low. Although now, in this lowest of the low season, September, there are not so many pangas, and not so many surfers at La Lancha. Which is fine with us, kind of like the old days of four years ago. 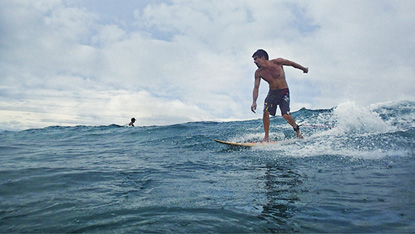 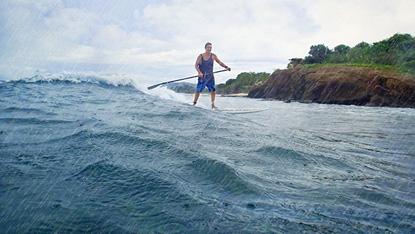 Anyway, with nothing doing in Sayulita, we headed over the other day, and found some miniature waves that were loads of fun, especially for stand-up paddle surfing. Incidentally, as a long time surfer I had gotten seriously bored with riding dinky little waves like these on a surfboard. But on a paddleboard, it’s a fresh challenge. Something different, with new moves to learn. 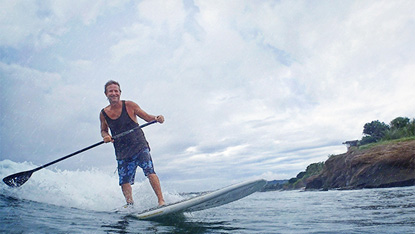 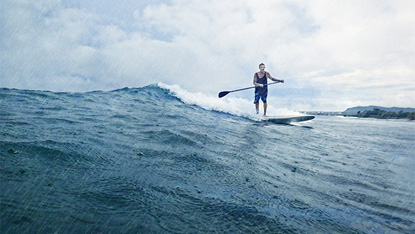 Small waves, soft rain falling, crystal-clear, jade green water, and just a few of us out there on paddle boards and surfboards for an hour or two of surfing fun in warm, inviting water. Nothing spectacular, but a wonderful way to spend an afternoon, trading waves with friends, saying hello to the turtles who invariably pop their heads up at La Lancha to check out us surfers, and watching the weather filling the sky over Bahia Banderas, Puerto Vallarta, and Cabo Corrientes, all arrayed before us in gorgeous shades of gray and green. Bahia Banderas and the surrounding mountains are amazingly beautiful, and there is no better place to see it all from than the waters of La Lancha, one of the prettiest beaches on the north side of the bay.