One of the most inspiring changes we’ve witnessed in the past few years in Mexico has been the growth of ecological and environmental awareness, in both children and adults. Evidence of this is everywhere; and nowhere is it more evident than in the treatment of local sea turtle populations. Traditionally hunted for their meat and shells, their nests of eggs poached for eating (and supposedly conveying sexual energy), the populations of green, Olive Ridley, leatherback, hawksbill, and other species of turtles for decades have been on a steep decline along the Mexican coast (and in many other parts of the world). While this decline has not been completely reversed, these days things are looking better, as towns like Sayulita and San Pancho, our neighbor to the north (and many other beach towns), now have in place programs designed to protect both turtles and eggs. 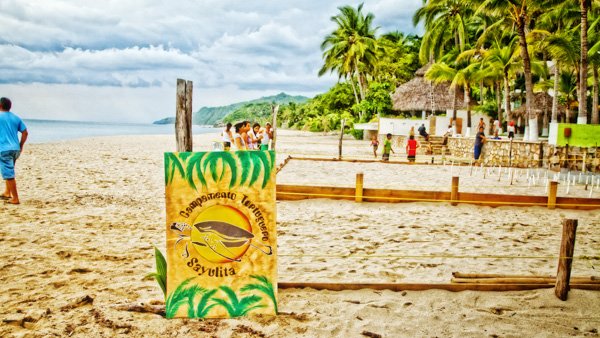 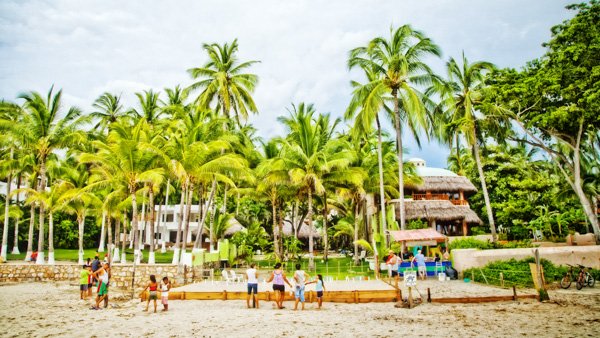 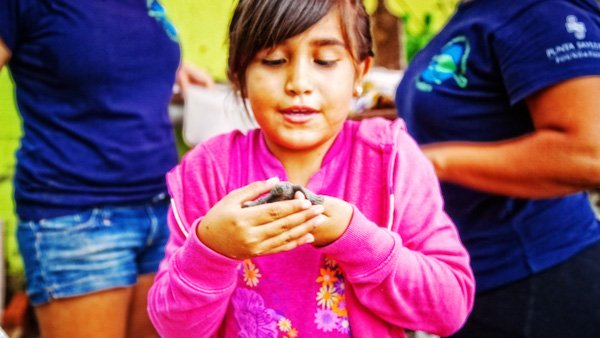 San Pancho has had a government-back, officially sponsored turtle conservation program in place for several years, while Sayulita’s turtle camp has always been less formal, operating out of a small patch of beach directly in front of a home belonging to longtime residents Erick Jorgenson and Odette Gordon, on the north side of town. 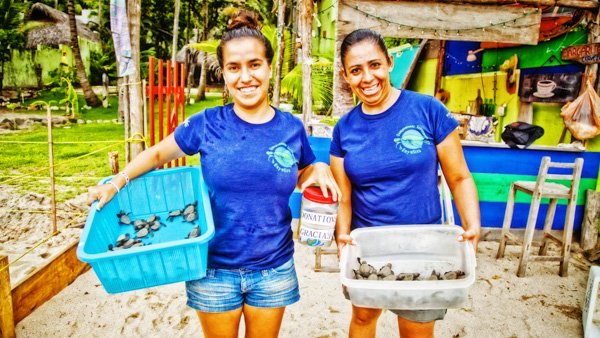 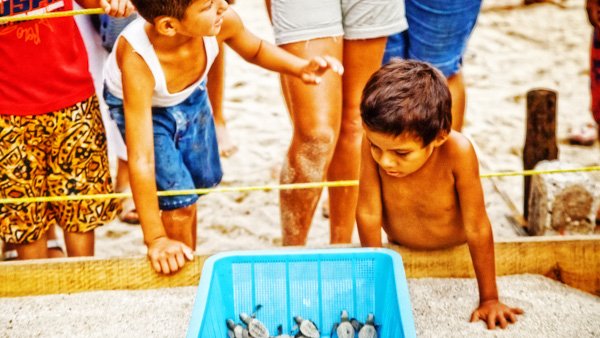 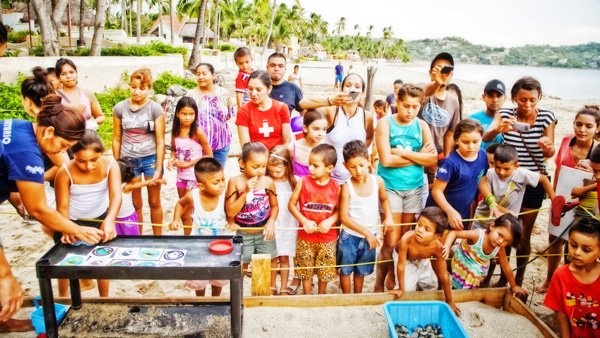 For the past six years Eric and Odette have run the program themselves with some local volunteer help. This year the program has achieved a more official status, with volunteers, night patrols, official uniforms (well, t-shirts anyway), and a stronger public outreach as well as the assistance of biologist Maria Alejandra Aguirre Ayala, leader of the local volunteers. Sayulita’s Campamento Tortuguero is now part of a civil association known as Red Tortuguera A.C. that has five similar turtle camps in different parts of Nayarit. This association has not provided any funds, however, and so the campamento is entirely dependent on volunteers and donations. 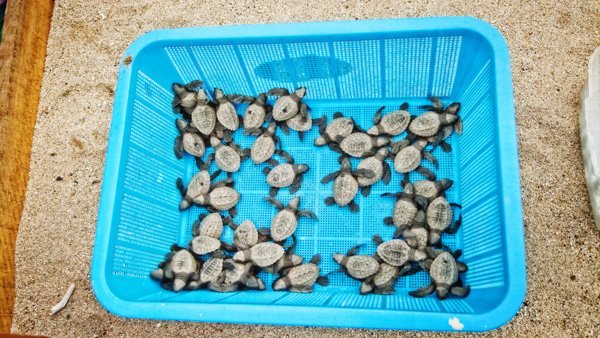 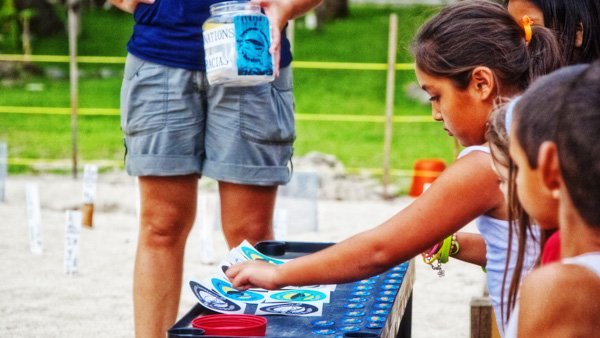 What the volunteers do is walk the beach at night, and when they find a new nest of eggs, or a mama turtle laying eggs—most of the local turtles are from the species known as Olive Ridleys–they gather the eggs up and bring them to the campamento (also known as the vivero), where they are reburied and marked with a stake noting the date and number of eggs. Then, when the approximate 45-day incubation period is completed and the eggs hatched—the volunteers can tell when this is happening because the sand on top of the next is loosened up by the movement beneath—the baby turtles are put in a shady place until the end of the day, and then at the relatively safe hour of sunset, a “release” takes place. These “releases” allow the public to really get involved, as kids and adults gather on the beach in front of the campamento to help in actually setting the newly-hatched turtles down on the sand and protecting them from marauding dogs, birds, and other beasts as they make their way to the sea. 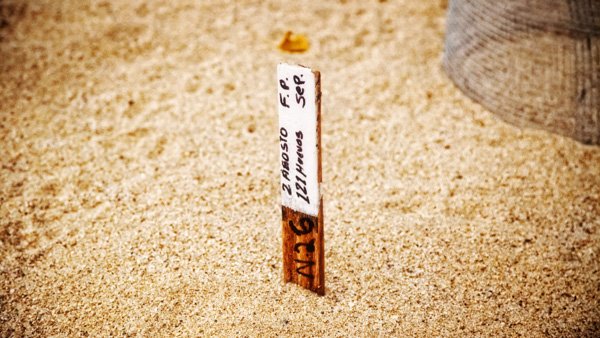 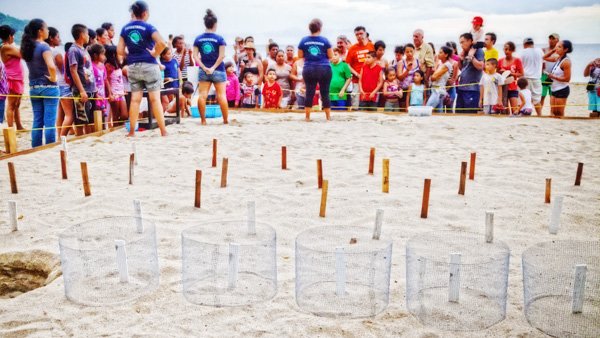 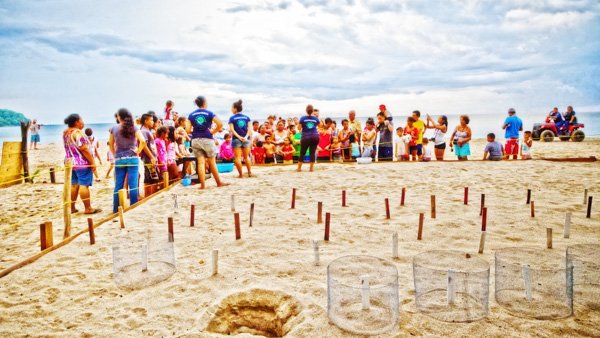 Out of every 100 hatchlings, it is estimated about 10 make it to adulthood; of those 10, usually only 1 will actually return to the beach of its birth to lay its own eggs. So it is very, very important that these eggs are protected—there are still poachers out there, along with plenty of voracious predators—and that the hatchlings are given a good shot at surviving at least their first few hours or days on earth—long enough to get into the water and go. 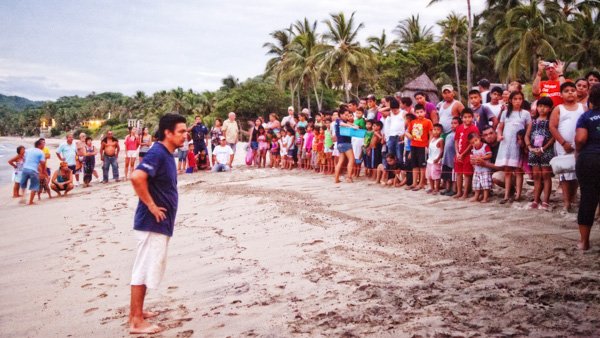 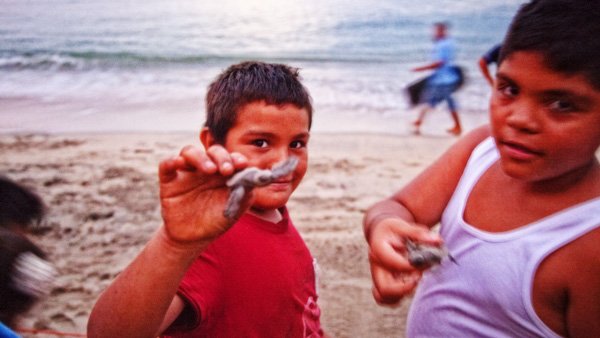 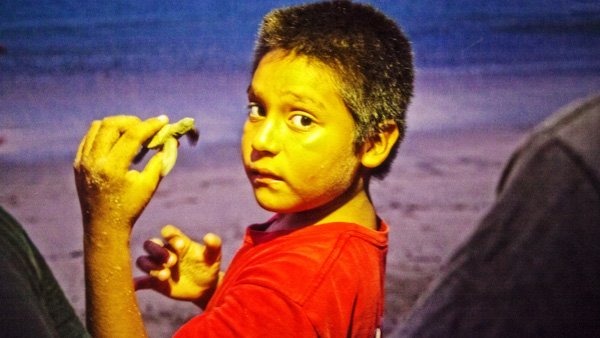 The releases take place around sunset, when the chance of attack from frigates or other predators is lessened. If you hear about a release while you’re in town, or see a crowd gathered on the north beach, join the fun. Watching the baby turtles make it into the sea is a small thrill in this big, dangerous world. And be sure and buy a t-shirt or a sticker, or just hand a few pesos over to the volunteers collecting money. You can also donate through Grupo Pro Sayulita; just let them know the money is for the turtle camp. This money goes for flashlights, raincoats, radios, thermal sensors, and other stuff necessary for the volunteers who walk the beaches every night during the egg-laying season, protecting the turtles and their eggs from human poachers and animal predators. 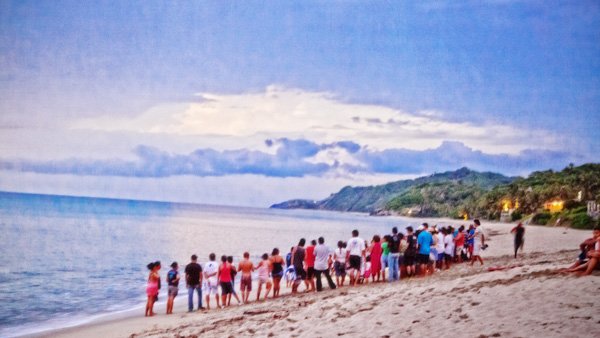 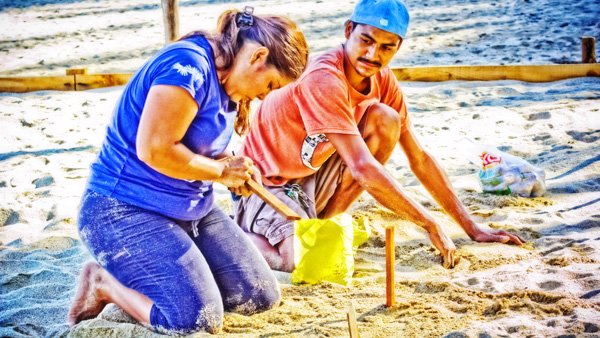 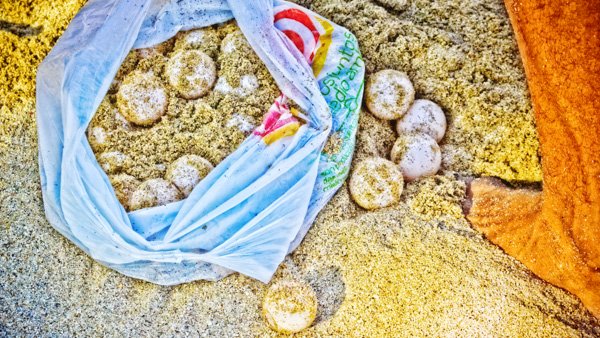 If you want to do more than give money, Campamento Tortuguero Sayulita is always in need of volunteers. The organization also needs someone to design a website for them, should anyone out there have the time.