This past week has been beautiful for surfing at La Lancha, a spot over on Bahia Banderas near Punta Mita. A sweet, medium-sized swell sent waves by the hundreds into the bay, and they hit La Lancha all day long, from high tide to low, from dawn ‘til dusk, allowing surfers from all over to gather for the feast. The wave feast. 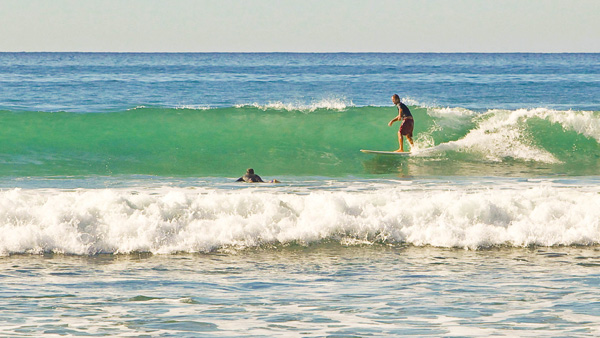 Though La Lancha gets crowded sometimes, the take-off area is fairly spacious, and most of the surfers out there are pretty relaxed. Better still, if you time it right, you might just get it to yourself, or have to share the waves with just a few people. I surfed there three days this week, and the crowd ranged in size from 3 or 4 up to 25, depending on the time of day, the tide, and how many surf-guide boats showed up from Anclote. 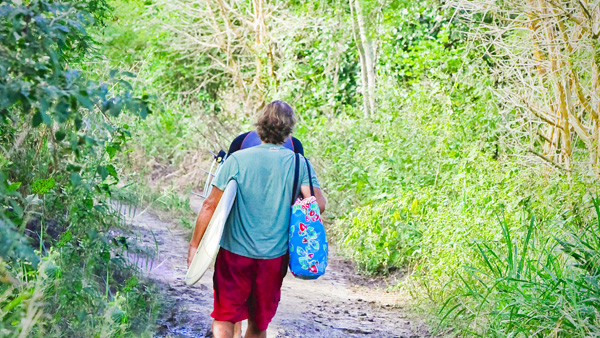 With its stretches of white sand interrupted by rocky headlands, the beach is gorgeous, and empty of stores, umbrellas, vendors, surfboard rental kiosks, and other such waterfront retail stuff. The water is warm and clear, and at least one large sea-turtle hangs out there—I’ve seen it almost every time I surf there. Unless it’s a different turtle every time, but either way, this is a big one, maybe a meter long. It pops up, has a look at the surfers and the waves, then disappears. Sometimes I’ll see it two or three times in a single session. (I want to say him or her, but there is no way to identify the sex of a sea turtle in the few seconds at a time I see it.) On Thursday this week, I saw at least half a dozen spotted rays as well, swimming in formation a few feet below the surface just outside the break. Several times, I saw whales leaping and splashing on the horizon. There are always all kinds of birds chasing and diving after all kinds of fish. The bay is alive! 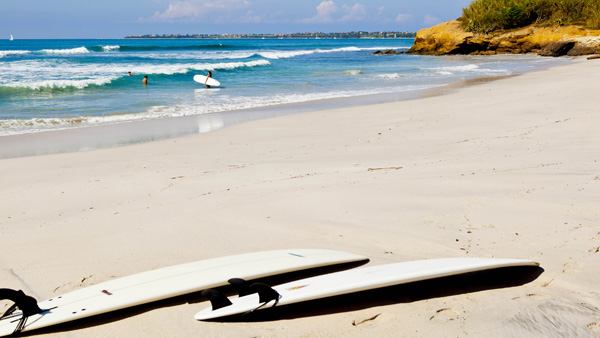 The days have started glassy (windless), and then when the wind rises, it’s been blowing offshore, allowing the waves to form in sweet long lines. The swell direction, WNW, is perfect for La Lancha, as the waves, both lefts and rights, have been holding up and even barreling a little. At chest to head high plus, the sets are perfect for all kinds of surfers—beginners, intermediates, experts, longboarders, shortboarders, boogieboarders, and SUPpers. 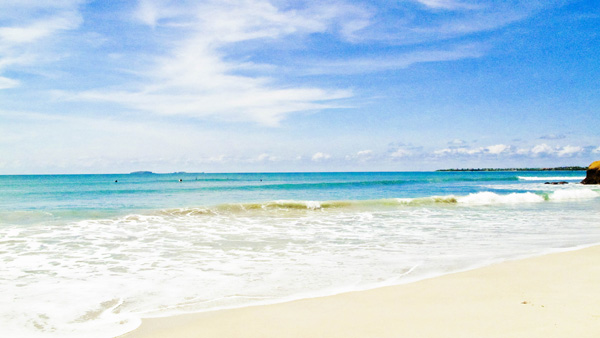 There is a gate with a guard these days at La Lancha, and if you don’t have a surfboard, a boogieboard, or a stand-up paddleboard, he won’t let you in. So even if you’re just going in to do some yoga on the rocks, don’t forget to take a board.