After surfing, yoga is perhaps the most compelling physical activity that brings visitors to Sayulita. Year-round, there are workshops, retreats, classes, and sessions devoted to just about every kind of yoga under the sun. Even now, in the slowest weeks of the low season, several local teachers are offering classes daily. 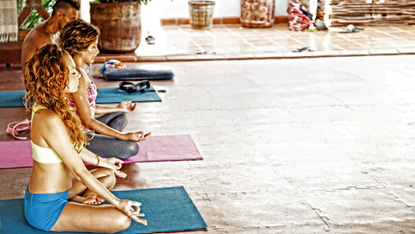 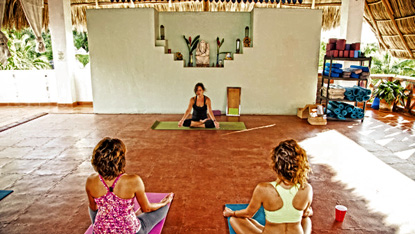 There are a number gifted yoga teachers in town: some work at one particular studio or space; others move from space to space, depending on schedules; others offer private lessons, one-on-one sessions, guide corporate retreats, or even mix it up with combination yoga/surf vacations. In short, for those of you seeking a yoga-based destination, Sayulita might be your optimal spot. 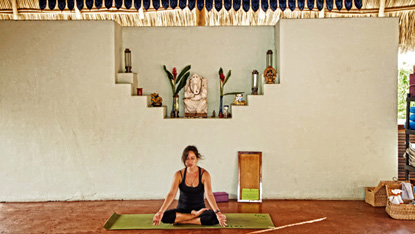 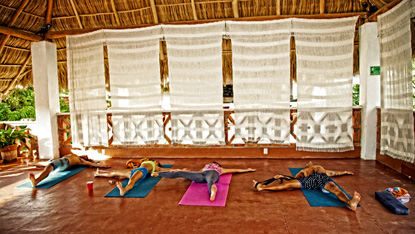 In an effort to help visitors figure out their options, we are going to offer occasional profiles of local yoga teachers: who they are, what style of yoga they teach, and the who, what, where, when, and how much of their classes. We will also clue you in to the level—beginning, intermediate, advanced—at which their various classes function. As for the why of yoga? Well, we leave that up to the students and the teachers. 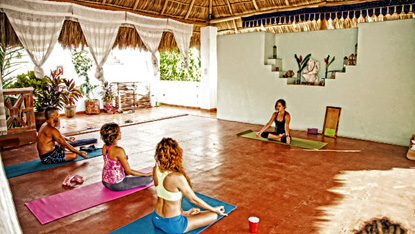 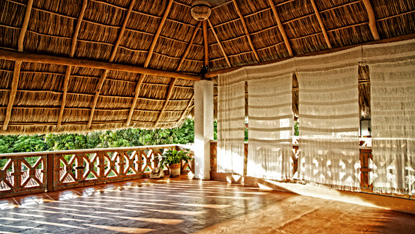 We’ll begin this series with Vanessa Morett, a bilingual yoga teacher and Sayulita resident whose primary teaching space is the rooftop yoga studio at the Hotelito Los Suenos on Sayulita’s north side. The hotel is a major yoga base in Sayulita; the program, although associated with the hotel, has its own separate identity as Yoga Los Suenos. The two-story hotel, wrapped around a central swimming pool, has a wonderful yoga space under a palapa on the roof. It’s an inviting, open studio, breezy, light, and serene, in a quiet part of town (although the local flock of orange-fronted parakeets can get pretty noisy). 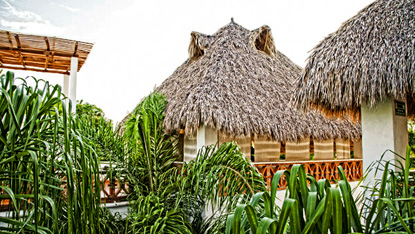 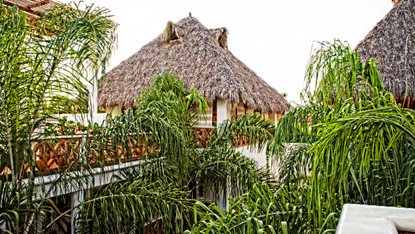 Down below the rooftop studio, the hotel’s guestrooms, while smallish, are comfortable enough, and even better, very reasonably priced. Should you be looking for a good spot for a two-day or weeklong yoga retreat, keep your eye on the hotel’s website. They offer yoga retreats frequently, and you won’t find a better price package anywhere in Sayulita. Look for more information on the program via the hotel website, hotelitolossuenos.com 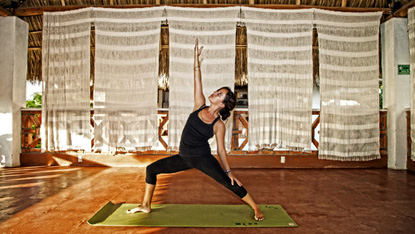 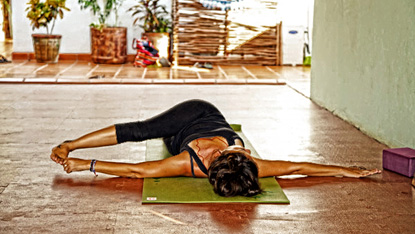 Although the class we attended and photographed for this post was conducted in Spanish (since the 4 students were all Spanish speakers) Vanessa Morett usually conducts her classes in English since most of her students are American or Canadian. Vanessa teaches several different classes, incorporated moves and poses from hatha, ashtanga, and vinyasa styles of yoga. The schedule includes a 9 am Morning Flow Yoga, which is open to everyone from beginners to advanced students, and is relatively easy. This class takes place every day, 7 days a week, year-round, and like the other classes, is 80 pesos per class. The current schedule has three different teachers alternating days on this class. 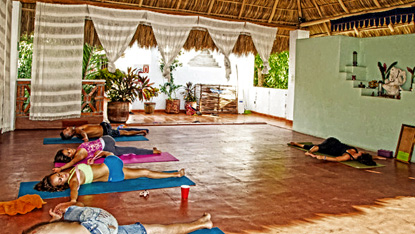 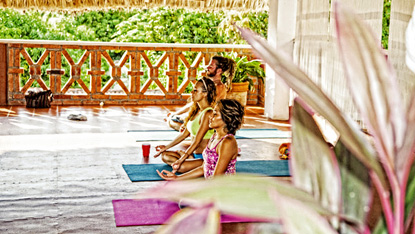 There is also a “Gentle Yoga” class at 11 a.m. on Tuesdays and Thursdays, and then, later in the day, the hard, sweatier work takes place, with several different teachers including Vanessa offering Vinyasa Yoga Flow, Ashtanga, and Advanced classes four evenings a week at 5:30 pm. Those of you into yoga will understand the differences between these approaches; those interested in finding out need only to contact a teacher such as Vanessa to get a better grasp of the different techniques: which are more strenuous or challenging, which more movement oriented, which easier for beginners or those of us less flexible. There is something for everybody in Sayulita’s yoga scene. 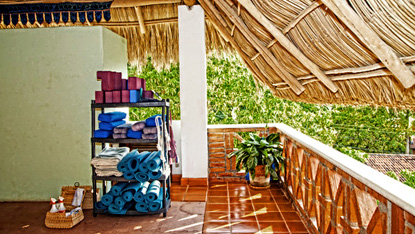 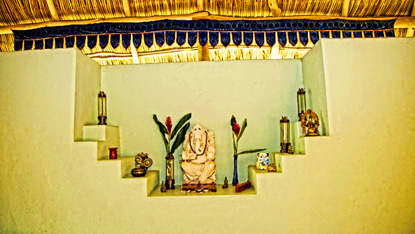 Consult the website for specifics of the schedule, and rest assured that whether you take your classes from Vanessa or one of the other teachers, you’ll get a fine yoga session in at Yoga Los Suenos.