Home xdames > X DAMES 14: Loose Endings
For New York-based freelance writer and photographer Lucy Ripken, every month brings another financial adventure, but it all boils down to one challenge: how to make ends meet. In X Dames, Lucy gets lucky when an old friend, Teresa MacDonald, calls with a seemingly unbeatable offer to work in LA on a new reality TV show—Called X Dames—featuring a shifting cast of curvaceous female athletes competing in extreme sports.

Lucy jumps at the chance, makes a move to Southern California, and soon finds herself en route to Mexico’s Pacific coast, to the small but booming resort town of Sayulita, the location for the show’s premier event: a women’s surfing contest. Giant surf, real estate shenanigans, and a mysterious death by drowning combine to transform the reality show into a real-time investigation of murder in the high waves.

With video cameras recording everything for the upcoming premiere of X Dames, Lucy and her pals soon find themselves deeply enmeshed in uncovering a conspiracy involving crooked real estate dealers, corrupt politicians, and an old nemesis returning from one of Lucy’s earlier adventures. 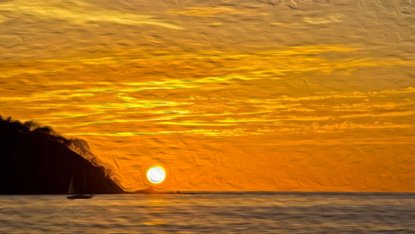 Lucy was quiet for a few seconds. “Jesus, no wonder she and Maria were friends, or whatever you call people like that when they get together. They were peas in a pod.”
“The Pod of Evil Incarnate,” said Terry. “Who’d a thunk, heading off to Sayulita to crank out some high-priced verbiage for a made-for-TV surfing contest, that we would run into such despicable characters?” She sighed. “Well, Luce, the show’s on in a couple days. You gonna watch?”
“Yes–but let’s just say I’m not going to throw a party, know what I mean?”
“I do indeed. Let’s compare notes afterwards, OK?”
“Deal.” They cut it off.
Three days later THE X DAMES reality-based tv movie, SURF AND MURDER IN SAYULITA, ran on the Outside Network in a Saturday night at 9 pm time slot, with a warning to parents about sexual content. Lucy insisted on watching it alone at home. The version that ran was surprisingly close to the one Leslie had screened for them in LA, only they’d hired a better voice to do the narration. The high point of the whole thing had to be Marcia’s aerial three sixty high above the lip of a ten foot wave face. Lucy found it totally embarrassing to see herself in a TV docu-movie, although several friends called right after it ended to tell her how great she looked. The sex scene Lucy had shot at Bobby’s house was also included, although assorted crotches were digitally scrubbed. And finally, at last, the show ended with the question of guilt or innocence. Viewers were invited to call an 800 number and vote on whether anybody in the “cast” had conspired to commit murder, or had committed murder, and if so, who?
Lucy didn’t bother to cast her vote. In the morning she got a call from Marcia, who told her she looked great before cutting to the real question: asking if Lucy’s offer to put her up in New York was still good, as she had been accepted at the Pratt Art Institute, and also what did she think of “the verdict?” “Yes, of course you can stay here for a while,” Lucy said. “And what was the verdict, by the way?”
The audience by an overwhelming majority had found Ruben Dario and Judy Leggett guilty of conspiracy to commit murder.
Lucy felt little or no satisfaction with this “verdict.” After all, both of them, and possibly Maria as well, were down there, in Sayulita or somewhere farther south, tearing down pretty little houses to build big ugly apartment buildings, knocking people off if they got in the way, getting away with murder.

Marcia showed up. She and Lucy surfed Coney Island twice, waist-high waves but it was trippy riding the D train with surfboards. Marcia and Harold hit it off, although Lucy’s sex life was temporarily limited to trysts in the love nook, as she’d named his little walk-up. She’d grown quite fond of it, once she got the loft back. And when Harold’s neighbor Jack Verblonski died at the age of 91 in late September after sixty-seven years in the same apartment, Harold called in favors and bagged Marcia her own little East Village fourth floor walk-up, bath down the hall, tub in the kitchen, just like Harold’s, for a rent-controlled, miraculously cheap four hundred a month.
They went out to celebrate with a dinner at one of the overpriced new French bistros on Ludlow Street. Afterwards Harold cited work to do, and Marcia cited unpacking to do, and so Lucy and Claud went home alone. She went up to the loft and turned on her laptop for a last look at her email before crashing. There was a message from Teresa in LA. She opened it.

Hey Luce: I’ve been working on this operation for a few weeks now, and forgive me for not including you from the get-go, but I wanted it to be a surprise. Check the link. I think you’ll find it somewhat satisfying. Teresa. 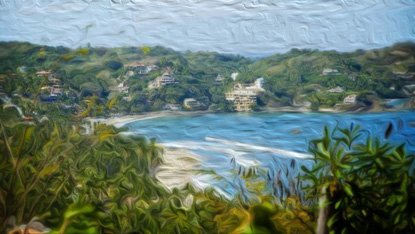 Lucy clicked on the link and found herself directed to a story that had been published that very morning on the Los Angeles Times website.

SOUTH OF THE BORDER, REALITY CATCHES UP TO REALITY TV

In a twist of fate sure to set tongues wagging from Hollywood to Mexico City, a reality-based TV movie that ran in late summer on cable has triggered a series of political and legal confrontations south of the border. The film, ostensibly a pilot for a reality series about women in extreme sports, called The X Dames, was made in Sayulita, a small town north of Puerto Vallarta on Mexico’s Pacific Coast. Sayulita has become an increasingly popular vacation and second home spot for Americans in recent years. Since it also has a fairly good surfing beach right in town, the X Dames producers selected it as their location for the first show, which was shot last spring with a surfing contest as the competitive event.
However, during the show’s surfing competition one of the contestants drowned under what some believed were suspicious circumstances. These circumstances–the death, by accident or murder, of American surfer Sandra Darwin–along with the contest, became part of the show, resulting in a fairly unusual bit of programming—a reality show with a real murder investigation worked into it. However, there was no legal action at the time, for reasons which were also included in the show. Instead, the audience was asked to decide who was guilty by calling into an 800 number. Such audience votes are nothing new, but this one was slightly different in that there were, possibly, actual and serious crimes committed.
In light of that the show’s writer, LA art critic Teresa MacDonald, was not satisfied with having only an audience find the guilty parties guilty. This was, after all, not only entertainment but reality. And so, MacDonald said she wanted “reality-based justice,” meaning actual pursuit and arrest of those she believed to be the guilty parties—several of whom were involved in producing the show.
Thus, in unprecedented and possibly illegal fashion, she “borrowed” a dvd of the show from director Leslie Williams, made copies, and couriered them to several high-ranking government officials in Mexico City and Tepic, capital city of the province of Nayarit, where Sayulita is located. Along with the dvd of the film—I’ve watched it, and it does include some thought-provoking questions about the death of Ms. Darwin, which has never truly been investigated—Ms. MacDonald, a recent recipient of a McClellan Fund grant, also wrote a detailed explanation of the work she and her partner, New York writer Lucy Ripken, had done in investigating the case. Not in the least bit coincidentally, both writers played significant roles in the X Dames movie.
Several government officials in Mexico and Tepic viewed the film and as a result, one Arturo Augustino Dario, provincial head of the Federal Police for Nayarit, was removed from office. His replacement, Sergio Figueroa, wasted no time in seeking warrants for the arrest of several “characters” in the movie, namely Mexican-American real estate baron and sometime film producer Ruben Dario—not coincidentally the brother of the former Federales district chief Arturo Dario–and an American woman, Judith Leggett, a former surfing champion and one of the show’s original producers (the other, Bobby Schamberg, recently died under suspicious circumstances at his Malibu home). Ms. Leggett currently calls Sayulita home. These two have been charged with conspiracy to commit murder, obstruction of justice, and real estate fraud, and are presently being held in the provincial jail in Tepic. Two others—a local doctor and another American woman surfer—face lesser charges. Another American who served as a producer on the film, Sophia Greenberg, is believed to be traveling in South America. Greenberg’s role in the events that transpired in Sayulita remains unclear at this time, although Mr. Figueroa has described her as a “person of interest.”

The grace note came the next day, in the form of an email from Mariela Pastor, who wrote: I do not know how you do this, Lucy, but thank you for stopping them. They were going to begin to tear down Sandra’s house in two days’ time, but the police have taken Ruben Dario and Judy Leggett away and Senor Townsend has decided he will return to the United States. Muchas Gracias, Mariela. ps If ever you wish to come here you can stay with us, please. Mariela.

The biggest problem in Lucy’s world remained at large, in South America, with a remodeled face and revenge in her heart. Otherwise, all was well for the moment. 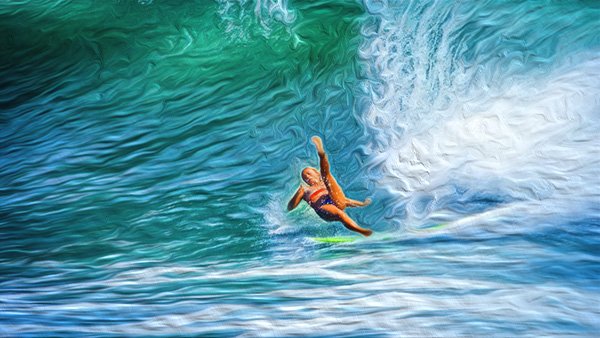 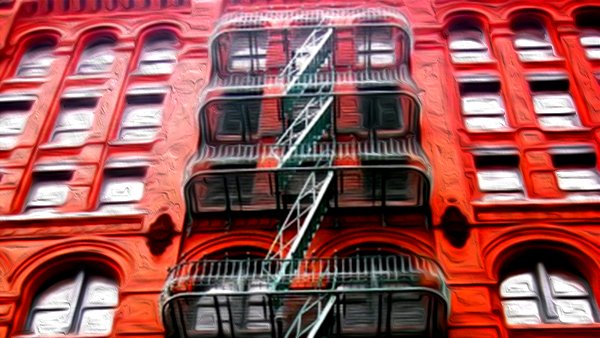 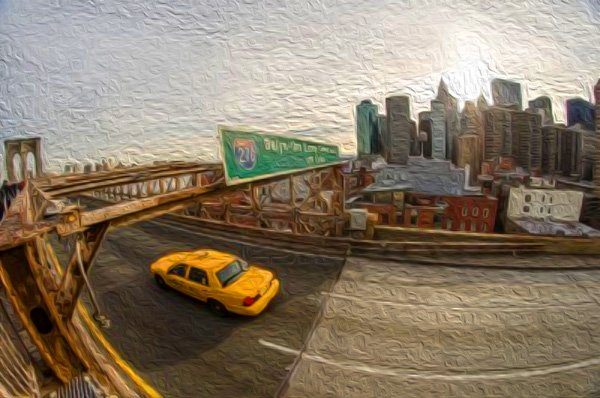 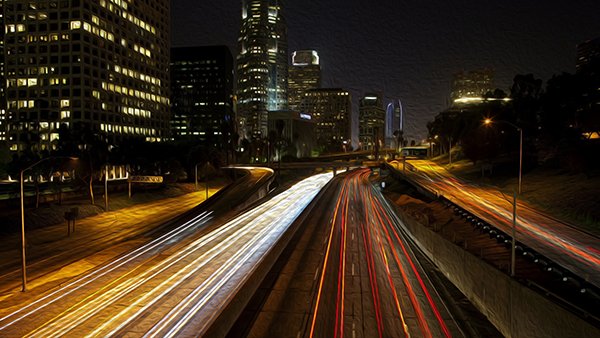 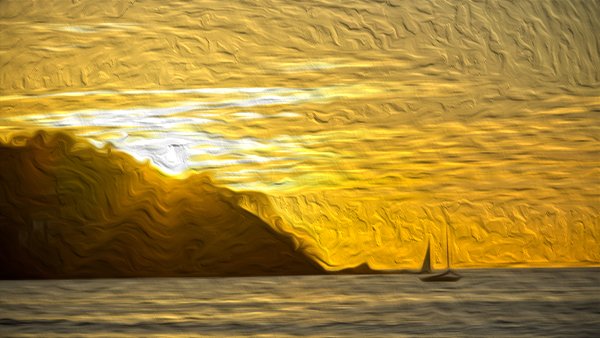 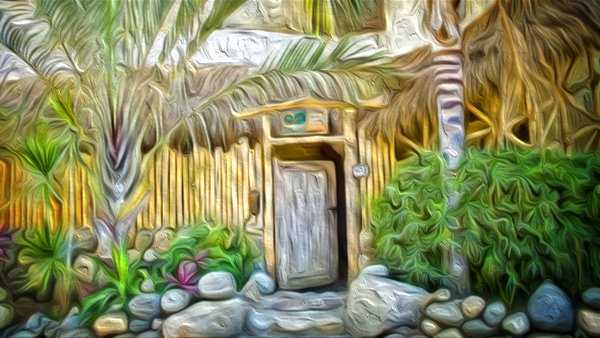 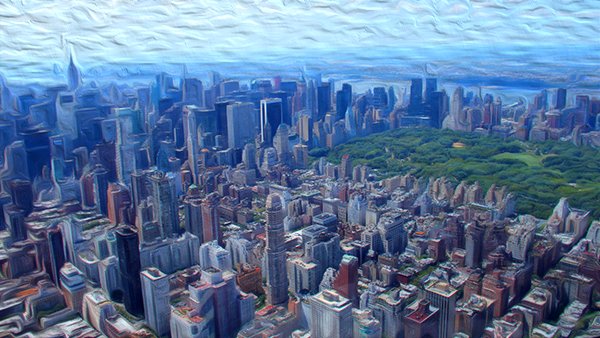 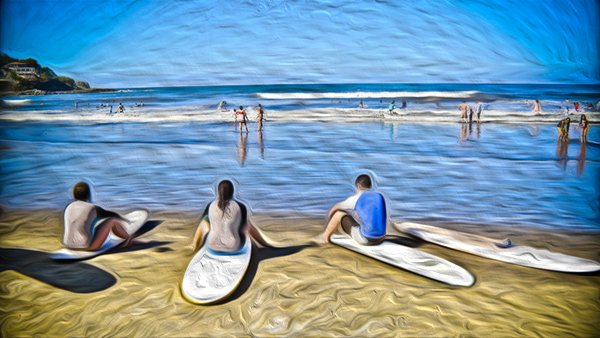 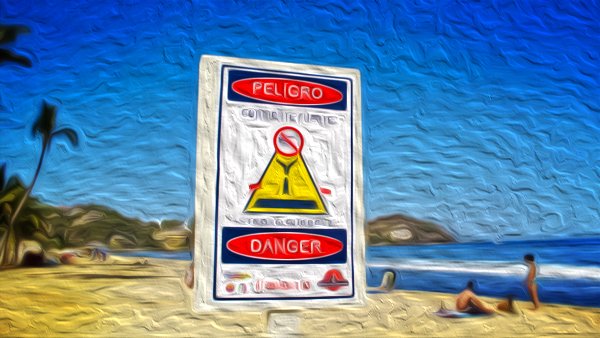 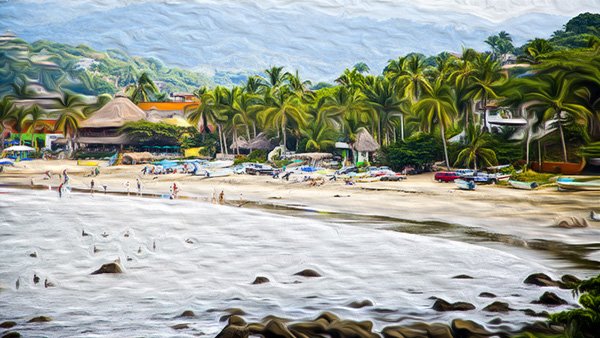