Here in tropical Sayulita, we are surrounded by and live in the jungle. While the vegetation dries out from late winter into early summer, for much of the year the hills and valleys of Nayarit are buried in dense, verdant lushness. At times, the vegetation is so profuse, one can hardly focus on individual types of trees, flowers, and other flora. And so in an effort to bring attention to bear on some of the more intriguing or unusual plant species in the region, we are going to do the occasional tree or plant blog. This is tree blog one, and the subject is the so-called “gringo” tree. 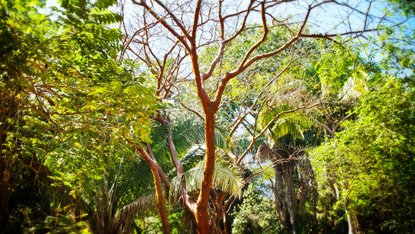 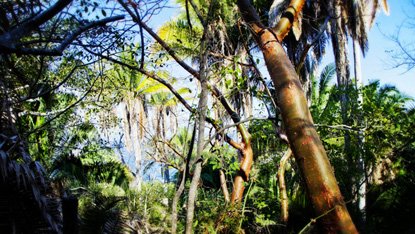 The actual name for this tall, twisting, multi-branching tree in Spanish is the Papelillo, scientific name Bursera simaruba, English name Paper bark tree, the English name picturesquely describing the reddish bark that peels off in paper-like shreds. A tree that flourishes in both wet season and dry, the Papelillo grows rapidly up to 100 feet tall. These trees grow all over the Mexican Pacific coast from Chiapas to Sonora, on the Gulf Coast, and in the Yucatan (and southern Florida in the US). People from the northwest United States might note a certain resemblance to the Madrona trees so plentiful along the Washington coast and elsewhere. 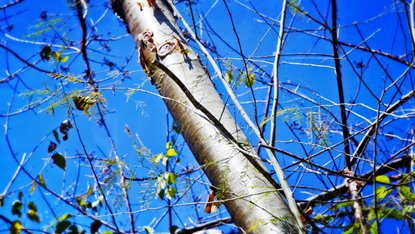 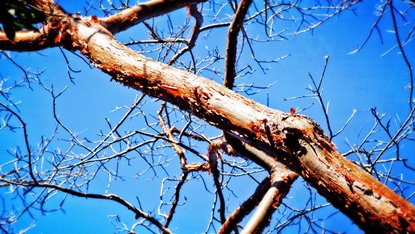 In addition to its unusual and imposing physical appearance, the Papelillo offers multiple uses. The resin has traditionally been used for glue, varnish, and even incense (hence another name, gumbo-limbo tree). In parts of Central America, densely planted Papelillos serve as windbreaks and also aid in erosion control on hillsides. In the Sayulita area, straight pieces of Papelillo wood are used for fence posts, and often when utilized in this way the wood will grow roots and come back to life, becoming a living fence. In the U.S., the wood was used in the old days to make carousel horses. And the berries are an important food source for myriad species of migratory birds passing through. 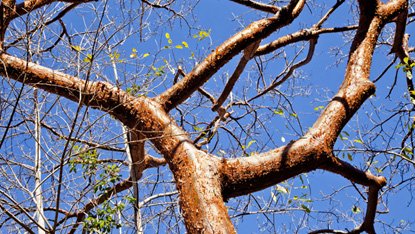 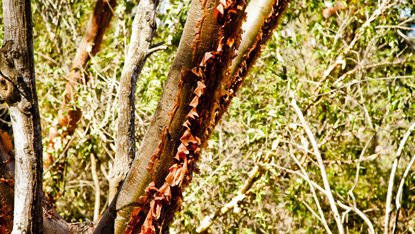 Papelillo is also rich in medical applications. The resin serves as an antidote to poison ivy and other itch-making plants as well as soothing the pain of insect stings. Tea made from the bark and leaves, mixed with sugar, is useful in the treatment of low blood pressure, while the resin also eases the pain of gout and muscle sprains. 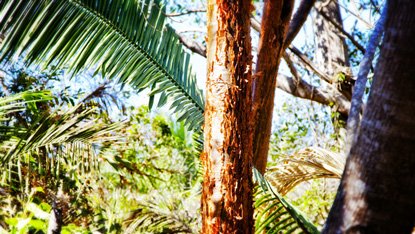 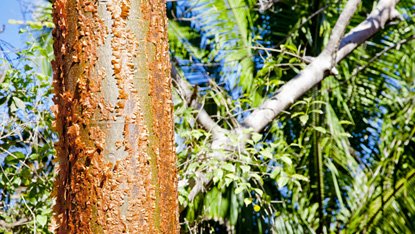 Strange and compelling to look at, and very useful: the gringo tree. This nickname came about, of course, because like Americans (gringos) who come to visit these tropical climes, the tree turns red and peels when exposed to the tropical sun.