This article is about Grupo Pro Sayulita, a local organization far better known to full- and part-time residents of Sayulita than it is to tourists. Oh yeah, right, some locals say, they’re the guys who throw that posh fundraiser every spring and take all our money. For what? Well, for plenty—and much of what they do affects short term visitors as well, so this story is for all of you out there, residents and visitors alike. GPS has been in existence for 7 years now, has about 200 current members, and has evolved into Sayulita’s go-to organization for getting things done. 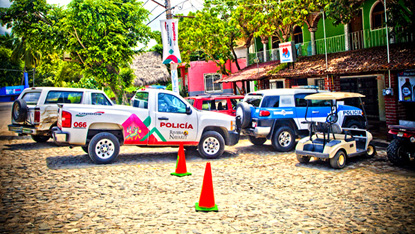 What things? Well, the short answer is, funding and planning from GPS has helped initiate and continues to help pay for the following:

–daily trash and recycling pick-up through Sayulimpia; though it can be erratic, it mostly functions fairly well

–our recycling center, which GPS through Sayulimpia helped start up and now pays the rent on the adjacent house so the family that lives there can operate the recycling business

–GPS pays the rent on the space occupied by the tourist police, and helps fund their vehicles, meals, and other essentials

–GPS organized the purchase of the firetrucks from Washington State, and pays the rent on the space occupied by the bomberos, or firemen, in the same building as the tourist police. The bomberos also function as emergency medical personnel, cutting critical response time for residents and visitors from up to an hour down to a few short minutes

–GPS members helped organize and start our volunteer cleaners group, Sayulimpia, whose green-shirted people you will often see around town, scraping the mud off the roads, cleaning trash off the beach, and yes, asking for donations, for they are not salaried 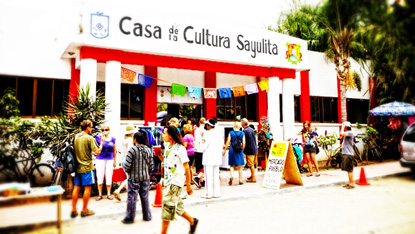 As is evident, what GPS is about is not particularly dramatic, exciting, or sexy stuff, but is, rather, essentials. The services they help pay for are critical to the existence of our town as a desirable place to live and visit. Sayulita would be much less civilized without the work that has been done and continues to be done by GPS. Perhaps some other organization, person, or political party would have stepped in to cover some of these bases, but here and now, and for the past 7 years, in Sayulita, Grupo Pro has run the fundamental services show. And in Mexico, such services are neither guaranteed nor easy to come by. 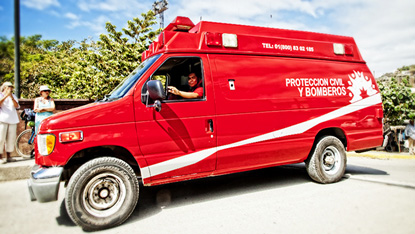 So we thought it was time for Sayulitabeach.com to give GPS a little of our attention. We got in touch with current president Nick Sherman, who has lived here for half a dozen years and headed GPS for the past year, to see what he had to say about present and future plans for the group. 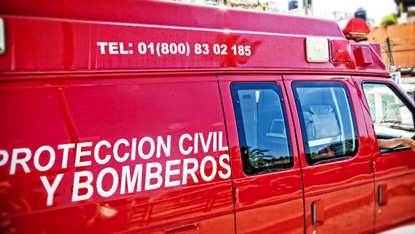 First, he said, please go to the website when its new version is up and running–very soon, he promises– and you can find things out for yourselves. The site is called prosayulita.org, and it is here that you can read in more detail about GPS, who runs it, the form and nature of the organization, and what they do with the money. 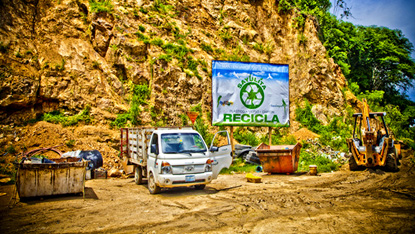 Speaking of money, for those with questions about where it goes, Sherman says he will have it all out there on the site, and will account for every last peso that comes in, and every one that goes out. The budget will be transparent. And that budget, which has been in the mid-five figures in US dollars these past few years, needs to grow. In addition to dropping the “Grupo” from the name, turning it into simply Pro Sayulita, as a start on the new look and image of the organization, Sherman intends to ask, not demand or require, that all the homeowners and businesses in Sayulita contribute. This will fatten the budget, which currently falls short every year, and it will lessen the pressure to make the annual fundraising dinner/auction such a high-profile event. So, in future, Sherman will be asking homeowners to contribute $30 a month, or a dollar a day, a total of $365 a year, and businesses about $450 per year. This will be doable via credit cards on the website, once the new version is up and running. 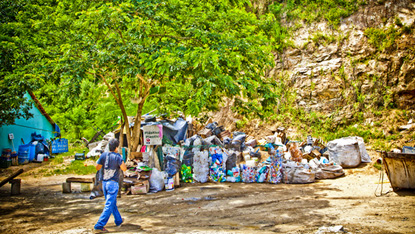 For those property and business owners among you who blanch at the very thought of paying this vast sum, just consider the kinds of taxes you likely pay or paid on your property up north. That money goes for basic services of the sort GPS is attempting to provide here. And as we all very well know, property taxes here are so low as to be virtually non-existent. So at a buck a day, people will be getting a good deal. Obviously this monthly expense is way, way below what most homeowners get for a single night in their rental houses. Considering the quality of life improvements provided by basic services, the price is right. 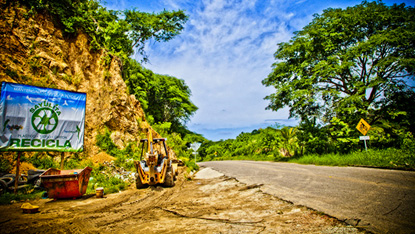 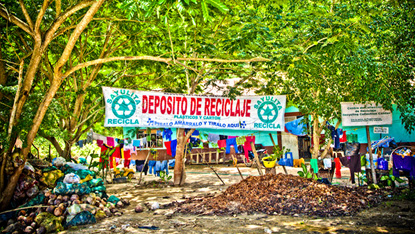 As Sherman points out as an example of how GPS money has changed things, consider the crime situation. There are those who argue that the 90 per cent reduction in the crime rate from two years ago is not because of the presence of the police, but because some bigger bad-asses kicked the littler bad-asses out of town, wanting us all to be happy and comfortable here. True or not, and there is no way of knowing, I personally feel a little better having the Tourist Police ensconced in their quarters on the road into town, a few yards from the firetrucks and the bomberos; and it’s a comfort to know they patrol the beaches on their ATVs. 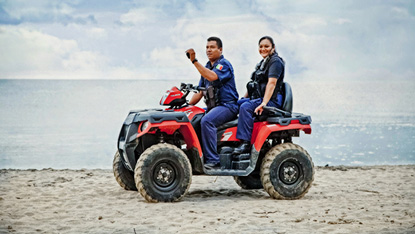 As for having emergency medical personnel right here in town? What could be more usefully reassuring than that? Well, lifeguards would be good, and Sherman says the group is working on that as well. As well as working on funding for a sidewalk alongside the Punta Mita Highway that will run from the turn-off to the secondary school at the south end of town all the way to Highway 200. As well as helping fund the turtle nesting base, Campamento Tortuguero Sayulita, that has evolved into a viable institution, and a wonderful tourist attraction, on the north side beach. As well as keeping the family that runs the recycling center at home in their quarters up there. The list is not that long, but almost every last item on it has to do with quality of life, essential services, the sort of unglamorous but necessary things that keep a town rolling along. 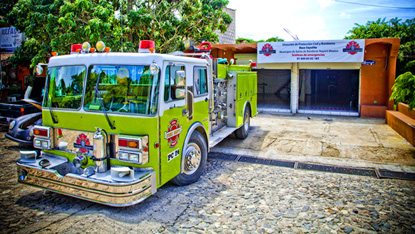 In future, given the short term nature of groups like the elected 9-person board of (Grupo) Pro Sayulita and the presidency, Sherman would like to fund (with some of those annual fees just discussed) a full time executive director’s position, with a Mexican national in place on the job to create a long term plan for the town. This makes sense, for Sayulita is bound to continue to grow, and continue to lure those thousands of American and Canadian, as well as Asian and European, visitors who find our little town so irresistible as a vacation destination. 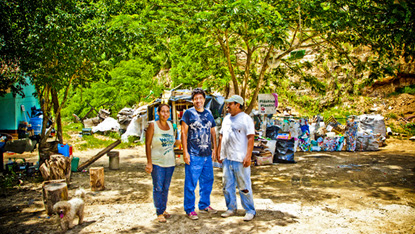 He urges all residents to join the organization, or at least to pay up. After all, as he points out, “Up in the states these days, you feel like you can’t make a difference, but here, by giving time, resources, or money, you can really make a considerable difference.”

Go to prosayulita.org to find out how to contribute.