Right smack in the middle of the passage of tropical storm Manuel, which recently hit us but not very hard, came September 16th, Mexico’s Independence Day, with attendant celebration. Since the 16th fell on Monday, the party took place on Sunday night, and as always, in Sayulita the plaza was the scene of the action. 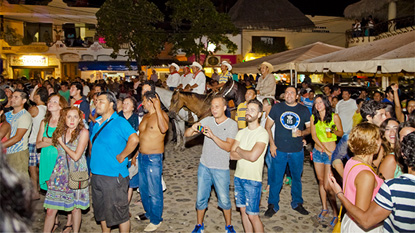 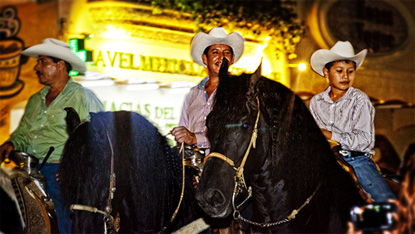 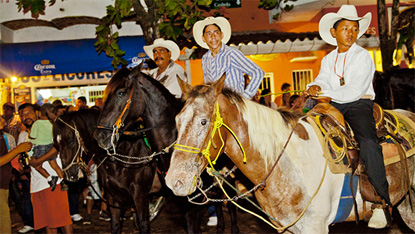 One thing that the last year’s in-country promotion of the “Riviera Nayarit” has done is bring large numbers of Mexican tourists to Sayulita, even in formerly slow months like September. Couple that with the El Grito Independence Day Celebration, and surprisingly, Sayulita was absolutely packed with people this past weekend. All day Sunday the restaurants were humming, the streets jumping, and by nightfall the plaza was jammed with revelers in various states of ecstasy and inebriation. 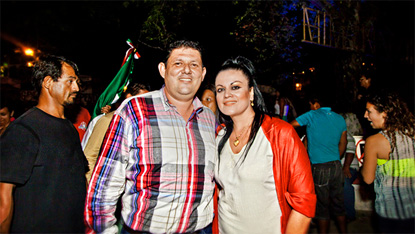 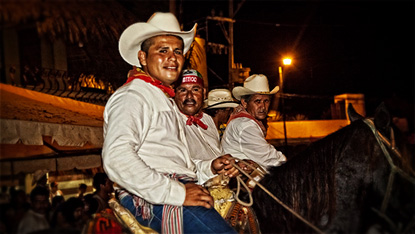 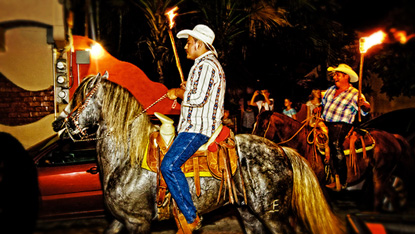 One thing I’ve noticed over the years here is that in spite of the abundance of besotted souls roaming the streets of Sayulita on fiesta days such as this one, there is little or no violence. No fights. No fear of weapons emerging to cause panics. It feels safe, even at midnight in a plaza crowded with people ranging from small kids to old folks, with men and women on dancing horseback, loud music, loud speechmaking and shouting, and in the end, booming fireworks and sparks flying. It was, as it almost always is, a danger zone by American standards, what with the fire raining down from the sky and fireworks burning and sputtering a few scant feet from electrical wires, people’s heads, and other flammable objects. 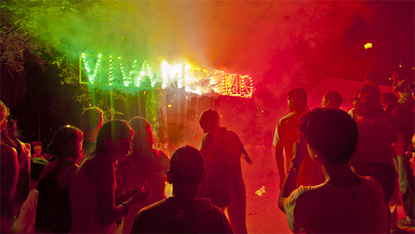 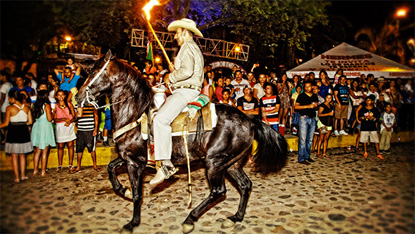 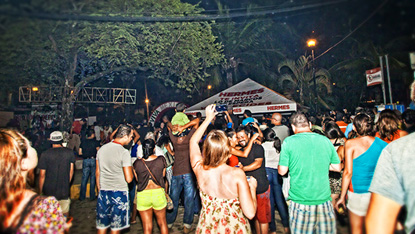 More than anyone else, it is the north American visitors, the tourist gringos in the crowd, who are the most excited by the scene, not only because it is, in spite of the so-called danger, almost but not quite completely safe and so, very exciting. Actually, the little bit of “danger” that comes from the not-very-closely-managed fireworks, the slightly drunken cowboys on their clippity-clopping horses, and the generally chaotic atmosphere, only enhance the basic buzz of liberation. That element of unpredictability, which has been pretty much erased from public events in the United States, adds a little something extra to the scene down here. What a rush! Legal public drinking and dancing in the streets! Fireworks exploding in the midnight sky! What could be more fun than that! Viva Mexico! 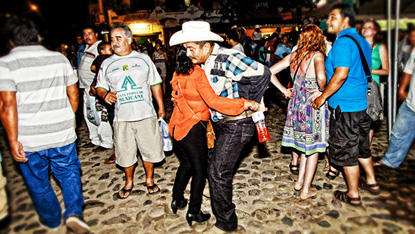 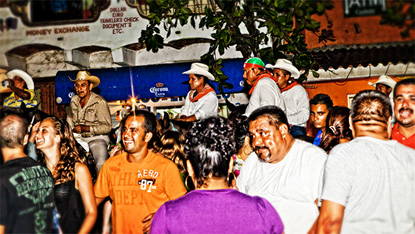 Here is a brief version of the back story of El Grito. The Grito de Dolores (“Cry of Dolores”), also known as El Grito de la Independencia (“Cry of Independence”), was uttered in the small town of Dolores (now known as Dolores Hidalgo), near Guanajuato, on September 16, 1810. This event marked the beginning of the Mexican War of Independence. The “grito” was shouted out by Miguel Hidalgo y Costilla, the renowned Father Hidalgo, the Catholic priest known as one of the great revolutionary heroes of Mexican history. Since October 1825, the anniversary of the event is celebrated as Mexican Independence Day. Nobody quite knows what Hidalgo said that day, but, like Paul Revere on his midnight ride up in America, it is a mythologized moment that has come to symbolize the enduring power and meaning of the Mexican Revolution. And as any visitor can see for themselves, the Mexican people are proud of their revolution(s), and their country. With good cause.

And they sure know how to party.