One of the beauties of a warm climate is the ability to go out at any time of the day or night, in a t-shirt and shorts, and take a walk on the beach or anywhere else. On a Wednesdayin mid-December I dropped my daughter at her carpool bus stop, it being the last day of school before Christmas vacation, and then en route home swerved down to the beach for a surf-check. There, I discovered a big soft moon setting over Punta Sayulita, and some pretty waves breaking in the foreground. I went home and roused the photographer, and together we wandered down to the beach to see what we could see. 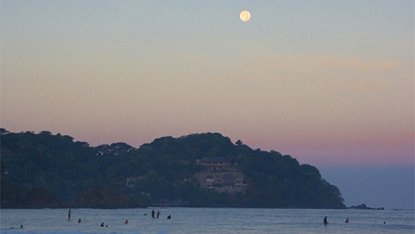 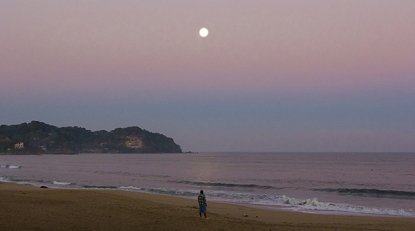 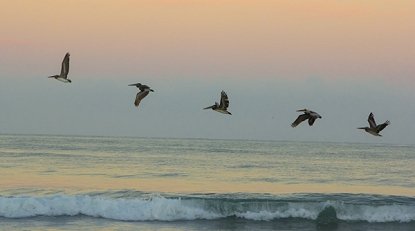 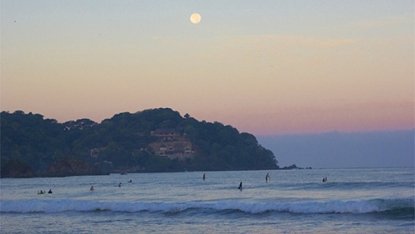 Moonsets are the least seen of the four transitions: obviously everyone gathers to watch a sunset over a tropical sea; likewise, the moonrise over the hills behind town is always a thrill when the moon is full or nearly. Surfers, fishermen, and other early birds often see the sunrise. But the early morning setting of a big moon, in this case a nearly full one, is a noteworthy occasion in the cycle, and so we found ourselves on the beach on a Wednesday morning, bathed in the fading but still lovely light of the setting moon. 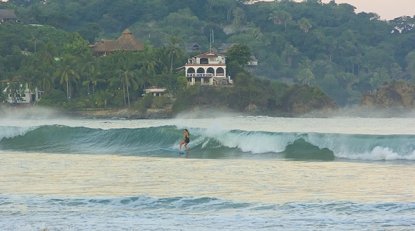 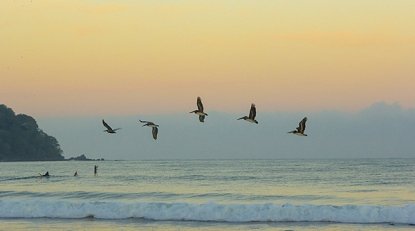 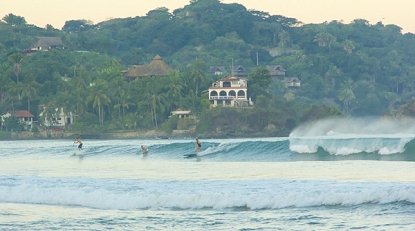 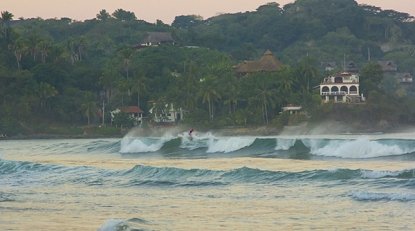 While we watched, the first pair of surfers ventured out into the left, which was breaking pretty well in spite of the ultra high tide. Further down, half a dozen wave chasers were already carving up the right, grabbing some well-shaped waves, lefts and rights though this part of our town break remains, at least in name, the Right. Squadrons of pelicans flew low over the surf, their wings elegantly inscribing a moving alphabet against the morning sky as they cruised, hunting whatever fish dared to rise near the surface. The moon settled slowly over the punta, while behind us, the sky drifted into pale blues and sweet pinks as the day turned on. 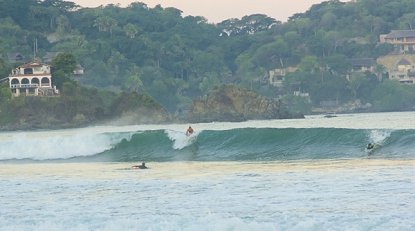 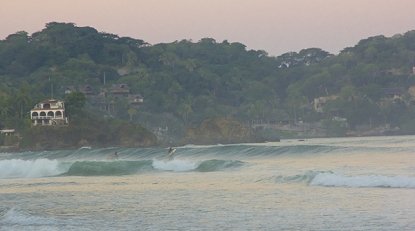 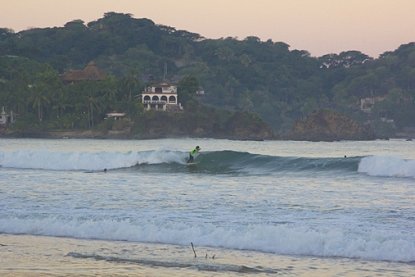 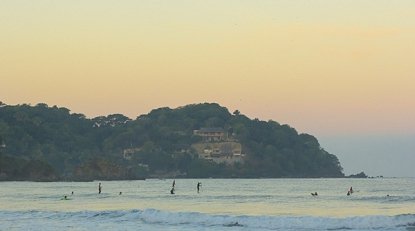 And on and on. As it turned out, the 18th of December was a memorable one for surfing. As you can see here in the photos, there were some solid medium-sized waves right here in town. Although I didn’t have a camera to record it, I grabbed two hours’ worth of world-class waves over at La Lancha, by Punta Mita, later this same day. The swells are rocking into town and all around, and this being winter time, soon the north swells should be rolling into town on a regular basis. 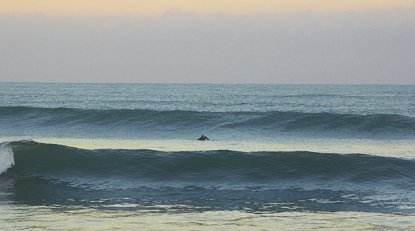 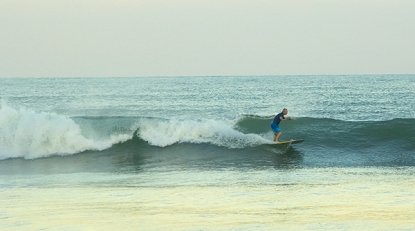 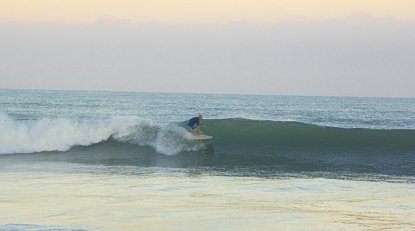 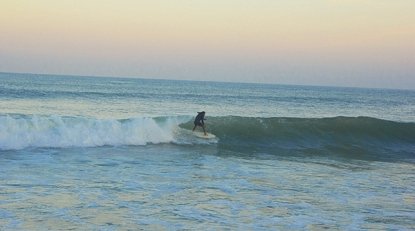 Meanwhile, the sweetness of the early early morning is here every day to be appreciated, a quiet gift from the local gods of Sayulita to all who live and visit here.