Sayulita’s beaches can get trashed during the rainy season. I mean literally—when the rain hits hard, garbage of all kinds gets washed down our several seasonal streams and ends up in the bay and then up on the beach. So the occasional cleanups organized by various groups are always welcome, and also serve as a great way to get people involved in the community. 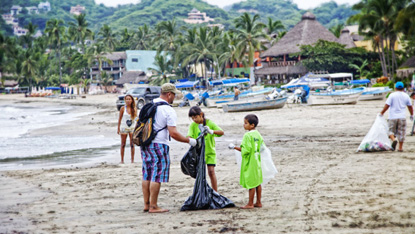 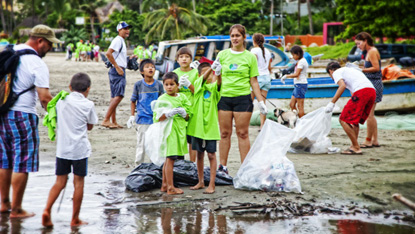 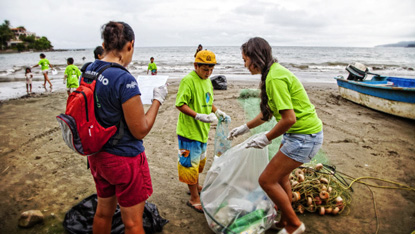 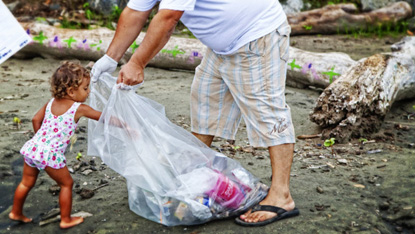 Last Saturday’s Sayulita Beach Cleanup, supported by the International Ocean Conservancy, Punta Sayulita, and Vallarta Adventures, was a case in point. In an effort to reach out to other communities in the neighborhood, Jose Luis Caselin, who works for Punta Sayulita, called Casa Clu, the childrens’ center in San Ignacio, to see if they would come down and join the clean-up. They responded wonderfully, as dozens of kids from San Ignacio showed up to help clean Sayulita beach. 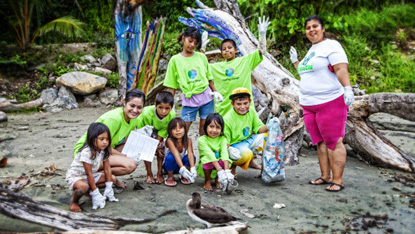 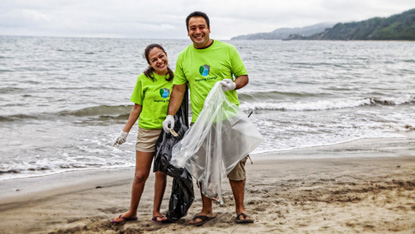 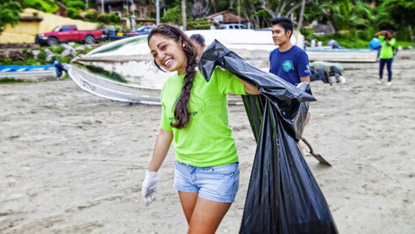 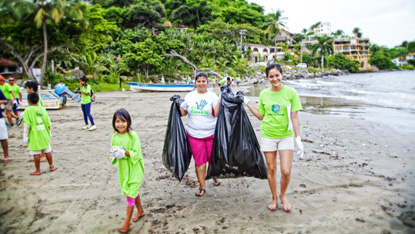 Joined by an enthusiastic crew of local kids and adults, the people did a great job of picking every last bit of inorganic trash up off the beach. They were rewarded with bright green cleanup t-shirts from Vallarta Adventures, the regional tourism company that also supplied the trash bags for the clean-up. 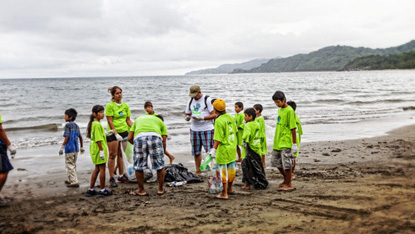 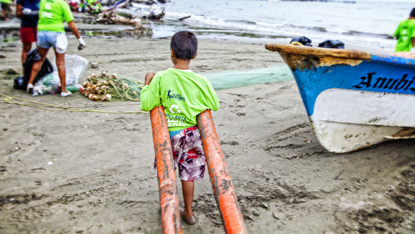 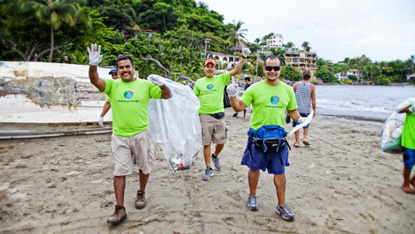 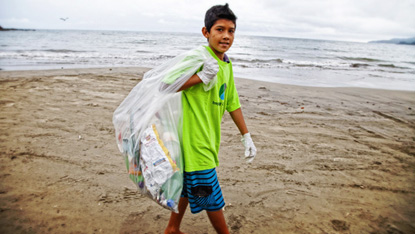 Jose Luis estimates the total turnout of cleaners at around 40, not bad for a stormy Saturday morning in the depths of the rainy season. Picking up trash off the beach is not fun work, but it needs doing, and our hats are off to the kids who gave up their Saturday morning to take care of business. 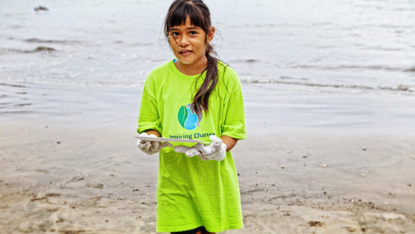 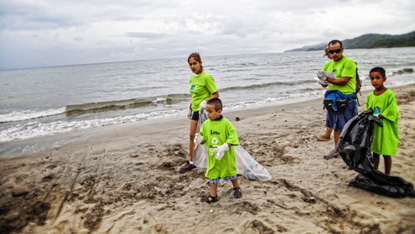 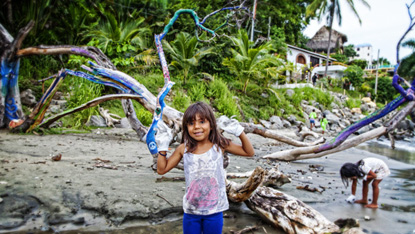 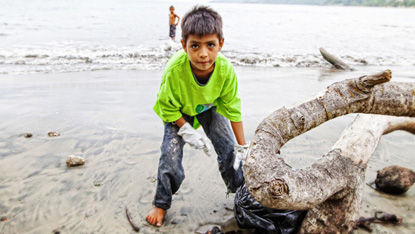 Incidentally, the clean-up organizers did a trash census, and as it turns out, unsurprisingly, the top 5 in the trash count sweepstakes were plastic bags, plastic bottles, bottle caps, food wrappers, and topping the list, cigarette butts. 2783 cigarette butts were picked up. Smokers, clean up your act. These kids should not have to be picking up after you.