The increasingly lively and competitive world of stand-up paddleboard racing—not surfing on waves, but speed and distance racing on specialized boards—came to nearby Punta Mita’s Anclote Beach last weekend, as a seasoned crew of paddlers, some with international reputations, others just locals along for the fun, got together and held a race. Over two dozen paddlers signed up and paddled a tough 8-kilometer course, including pro racers like Fernando Stalla, and also half a dozen women, which is great to see—this is a sport for everybody! 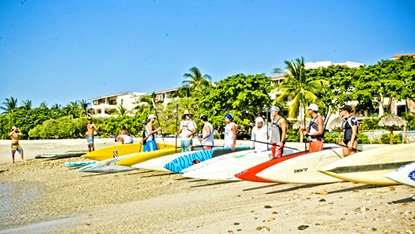 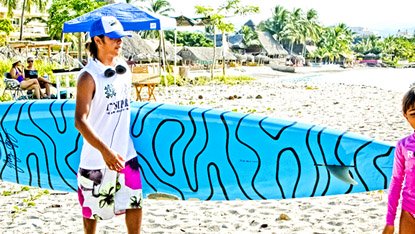 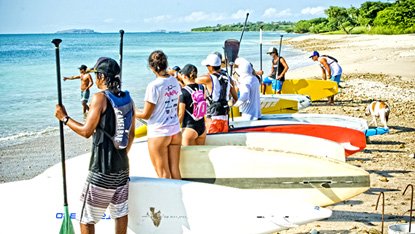 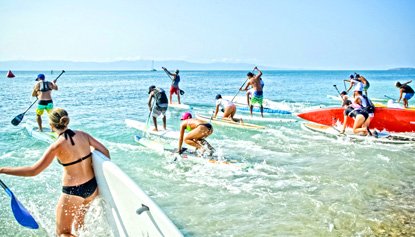 Organized and staged by Jose Guadalupe (Mita) from the Mita Surf School along with Diego Martinez and Rosina Kuhr from Concierge @ the Bay, an Anclote-based property management company, the contest was a good-natured gathering of locals, and a great time was had by both participants and observers. Unlike surfing, stand-up paddling can be done anywhere there is water, anytime, so these contests are always worth participating in and/or watching, even when there are little or no waves. As conditions change—wind rising, tide dropping, waves coming up–the whole nature of the race can be altered, which makes it extra challenging. 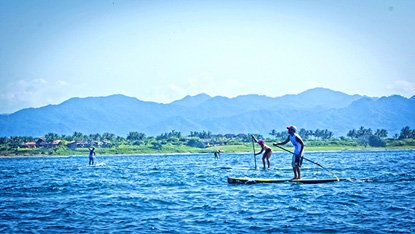 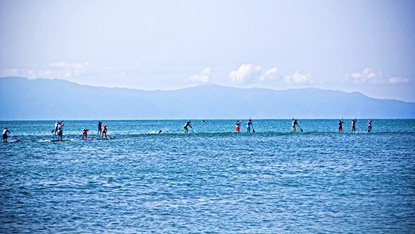 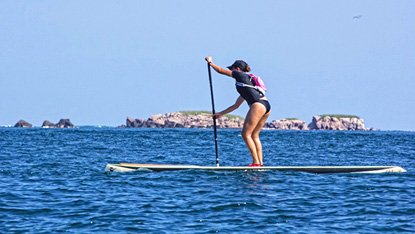 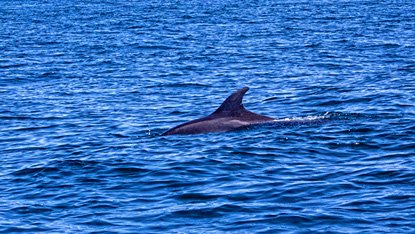 The weather was hot, the tide was high, the surf was small, and the course was a challenging 8-K sprint from Anclote Beach out to and around the big yellow marker buoy that lies offshore of the St. Regis Hotel on Punta Mita, and back. While the waters inside the bay were calm, and the wind gentle, once the paddlers rounded the point and got into more open water, they were battling a strong wind and the usual unruly and often unpredictable currents that roil the waters between Punta Mita and the Mariettas Islands. 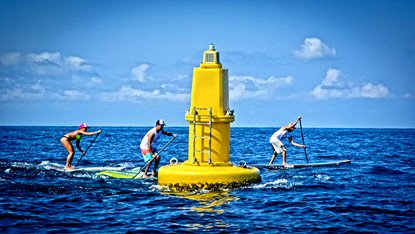 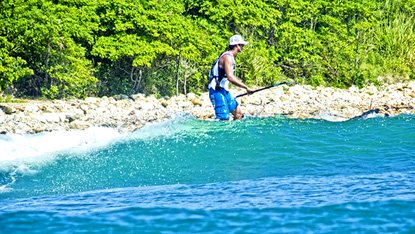 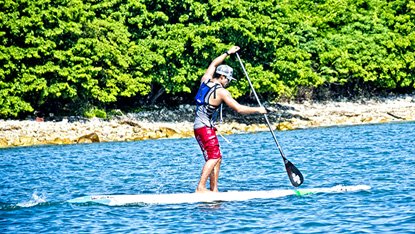 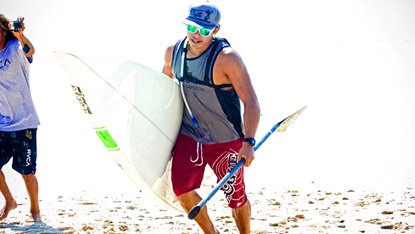 This was no easy course. The guys in front took about an hour to finish, and in the end, a close battle between Fernando Stalla and Lorenzo Bicho Jiminez, both Sayulita guys, was won by Bicho as an exhausted Fernando—it was hotter than Hades out there–slipped and fell not once but twice near the finish line, allowing Bicho a chance to close the three-meter gap between them and zoom in for the victory. ‘Nando bagged second place, and Tono from Stand-up Paddle Sayulita came in third. Karen Jacobsen, also from Sayulita, won on the women’s side, followed by Valerie Hoskin and Marta Diaz Sayulita. 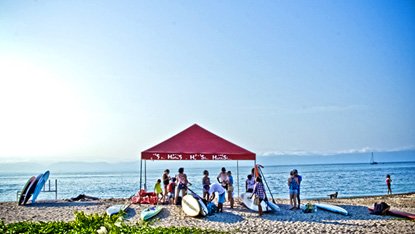 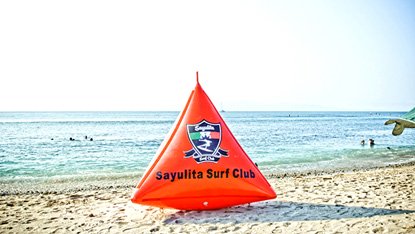 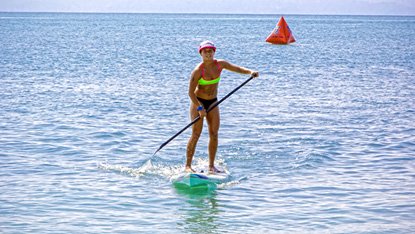 Later in the day a series of Elite races were held in the waters off Anclote, with men, women, and kids competing. Bicho and Fernando placed first and second in this one as well, with Papas Gonzalez bagging a third place. The women’s winners were Karen Jacobsen, Marta Diaz Sayulita, and Tessa. The kids’ race was won by organizer Rosina Kuhr’s son Ruben Kuhr. 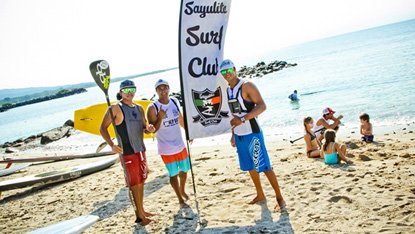 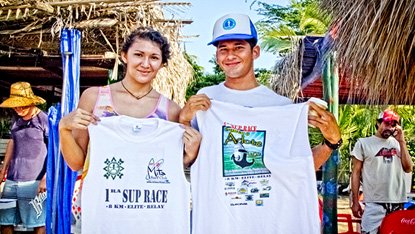 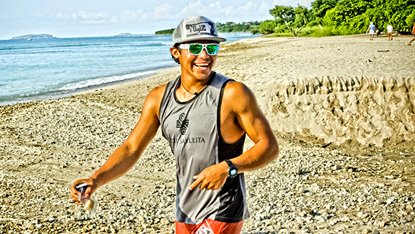 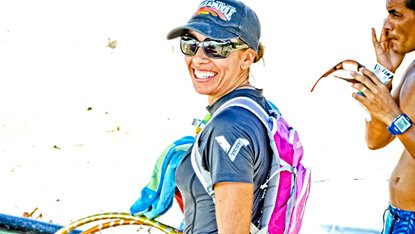 Hats off to Rosina, Diego, and Jose Guadalupe (Mita), organizers of this entertaining October event. For those interested in paddleboard or surfboard rentals and/or lessons, and/or boat tours of the islands, you can reach Mita by email at mita.surfschool@gmail.com, and by phone at 322 306 6594, 322 133 3996. The website is mitasurfclub.com. Rosina and Diego’s property management and concierge business is online at conciergeatthebay.com.