To reach Mal Pasos Beach you follow the same route taken for Playa Las Cuevas which we explored in a previous feature article (see the archived article published on May 22), and instead of turning left and taking the short trail that leads from the primary trial down to Las Cuevas, you continue along on the primary trail, which is actually finished enough to be driveable. From this turning point to the end, the road has a few ups and downs, and some rocky, sketchy short stretches, but it is basically an easily naviagable piece of work for a mountain bike, a horse, or somebody on their own two feet. There is also the four wheel drive option, coming from the highway, but we’re not dealing with that here. After a few minutes this trail leads through a thicket of palms, and then a stand of tall, elegant trees, and then winds to a comfortable shady finish on Mal Pasos Beach. 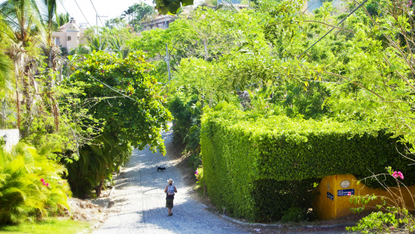 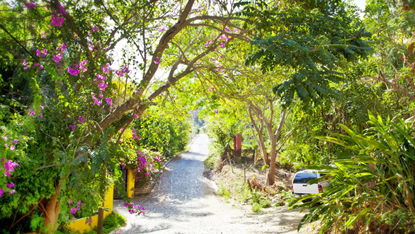 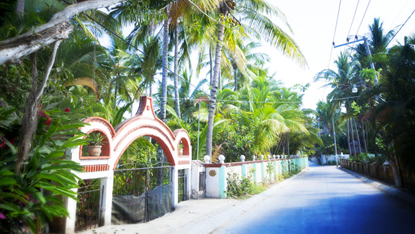 A long-deserted circular building that was once a public bathroom lies just north of the spot where the road ends at the beach, suggesting that once upon a time, Mal Pasos was more than the wild, empty, gorgeous stretch of beach it is today. As you emerge onto the beach in the shade of the guamuchils, to your left, the rocky outcroppings that shelter Playa Las Cuevas form the south end. To the north, perhaps a kilometer away, a large, jungle-covered headland forms the northern border of the beach. Adorning this northern headland are several structures, including a home that belongs, or belonged (nobody seems to know the exact facts) to an ex-president of Mexico. Supposedly (we haven’t done this walk all the way recently but will do it and write it up soon) there are No Trespassing signs and fences, but most people choose to ignore them and walk over the headland, which puts you on the beach of San Pancho, the next town north of Sayulita. 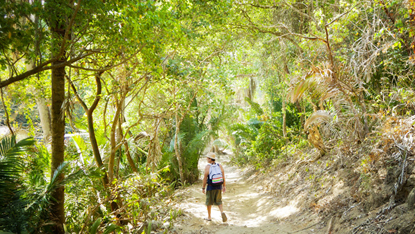 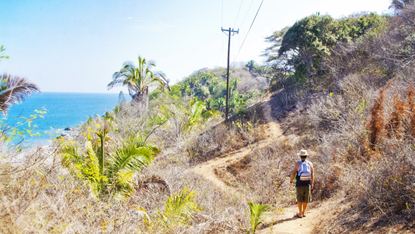 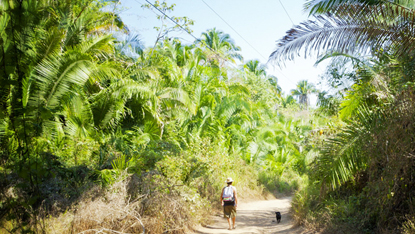 But there’s no need to head up to San Pancho: Mal Pasos Beach is well worth just hanging out on. There are rarely more than a few people, if any, on the beach—you might see a few at the south end, campers or wanderers up from Sayulita for the day—and the same from the north end, where San Pancho people occasionally come down. But in-between—what a wonderfully quiet, wide and attractive beach this is, backed by forests of palms, guamuchils, and other trees, and fronting on the sea. People say the undertow here can be dangerous, so if the waves are big, be careful swimming. 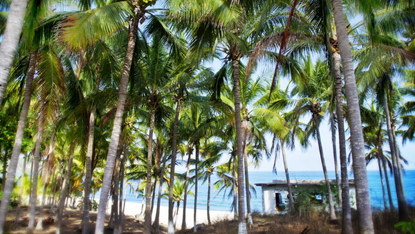 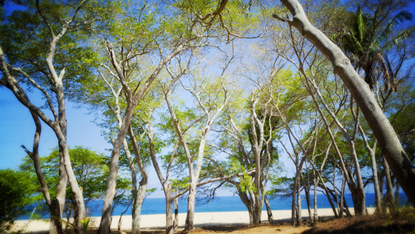 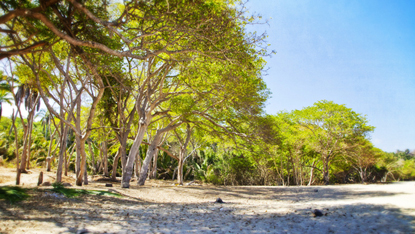 There is also that dirt road that connects Mal Paso to Highway 200. People use it to day trip up from Sayulita and Puerto Vallarta all the time. But not too many. The road is unmarked, and we are not going to explain where the turn-off of Highway 200 is located, as we would rather not see people drive to this beach. Take the walk, or mountain bike, or ride a horse. Better to keep the motor vehicles away. 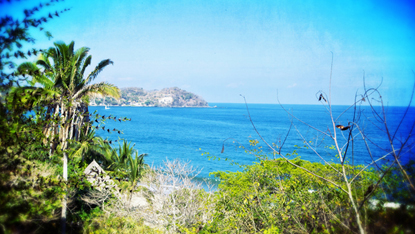 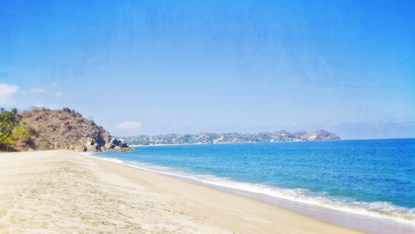 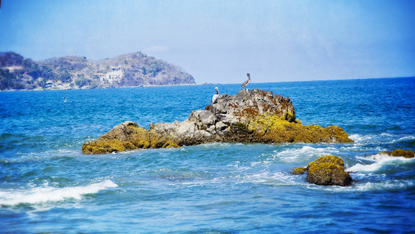 The photos of the road in town are taken along Avenida Palmar, the street that parallels the beach from downtown Sayulita to the north end; that section of the walk was included in the Las Cuevas feature a few weeks ago.