Summertime can be hit and miss for surfing in Sayulita. Fortunately, there are other things going on in town. Yes, we did have a couple of crocodiles swimming right off the town beach the other day and an enterprising fisherman wrangled one in so we could all stand around and gawk at it for a while until it was hauled back to its home in the San Pancho estuary. And yes, I did see half a dozen blue-footed boobies on Playa los Muertos on Saturday afternoon—these guys are supposed to stay in the Mariettas, and the Galapagos, and nowhere else, but there they were, hanging out on Muertos begging for fish scraps from some local hombres fishing with nets and droplines right off the beach. And yes, even though this has been a relatively dry rainy season, the jungle is incredibly lush and green right now. The flowers are flinging themselves open in startling bursts of colors. Summer has its own special magic, in Sayulita. 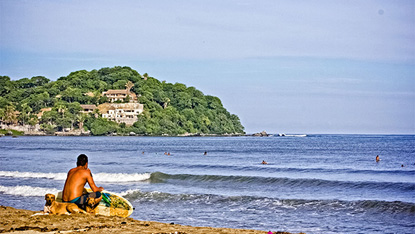 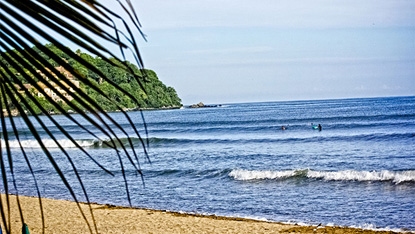 But still, what was up with the surf? Through the first three weeks of August, we lived on the shores of Lake Sayulita, and we waited in vain for waves. There were none to be seen or had. It was painfully calm out there. Surfers were coming down with flatwater madness. Too much beer was being drunk, too much herb was being smoked. Stand-up paddleboarding is fun to a point, but then, you hit that point and you want to ride a wave! Any wave! I actually went out on my paddleboard and after paddling north to Malpaso and then south to Punta Sayulita, I paddled into the main town break, braved the stray crocodiles (I didn’t actually see any), and rode three little dinkers that between them added up to about 8 inches of wave. These waves didn’t even qualify as ankle-biters, these were more like toe lappers! This was desperation!! 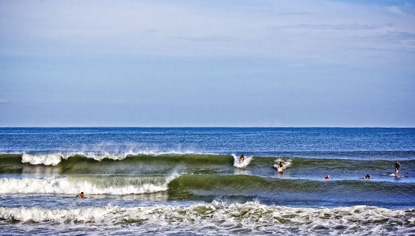 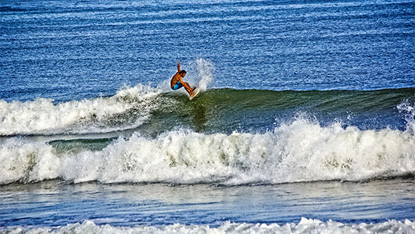 And then, a sweet little southwest swell came to town, and turned on the tubes. Nothing massive, but still, there was surf out there! While the right, or “town” wave worked well late in the day a couple of days in a row, over on the north side of the river the left just fired all day long, provided a dozen or so lucky surfers with waist to head-high plus waves from dawn ‘til dusk. Over on the Punta Mita side, Burros and La Lancha had their moments as well, as did the big fat teddy bear waves of Anclote. The surf came back, one more time, and saved our souls. 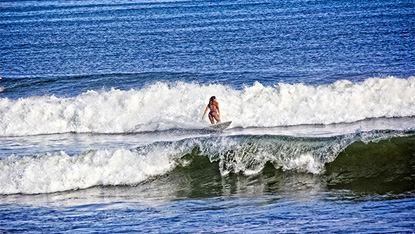 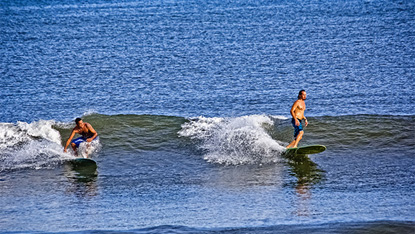